The Y20 edition marks two decades of the Toyota Yaris

The year was 1998. At that same yer’s paris Motor Show, Toyota unveiled a little hatchback that would eventually become its best-selling model in markets like Europe. This car, the Yaris, would likewise go on to compete in the World Rally Championship (WRC).

Twenty years on, the Toyota Yaris celebrates two decades of success with the special Y20 edition, which will be fielded for the 2019 model year. Kicking things off is a limited-run Launch Edition with just 1,998 units on offer. The special batch will come in a unique gold color that pays homage to the original car’s launch hue back in 1998.

This time, however, Toyota wil add a bit more to the car by giving the roof a dark grey treatment. The 16-inch alloy wheels, grille, rearview mirror caps, and shark’s fin antenna also comes in  the grey paint scheme.

More grey can be seen inside, with a touch of satin trim to boot. Finishing things off are Y20 badges both inside and out.

The Toyota Yaris Y20 edition will be available in the European market. 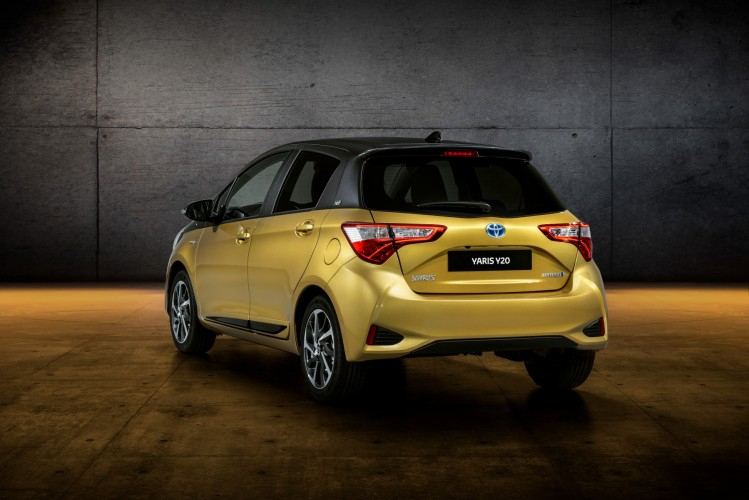