Honda Cars Philippines, Inc. (HCPI), the official automobile business unit of Honda in the country, has announced that the 4th generation City posted a total of 26,324 units sold since its 2014 debut, making it the brand’s best-selling model. This prompted the Japanese carmaker to release an updated version of the subcompact sedan for the 2018 model year.

At a glance, it would seem like the City’s exterior hasn’t changed a bit. But in detail, there are some new things worth noting. For example, the front end now looks sharper with a redesigned grille and edgier-looking headlights with LED daytime running lights for added visibility on the road at all times.

The City retains the profile design seen in the outgoing model. However, HCPI threw in a set of new wheel trims, available in 15- or 16-inch options. The back end, on the other hand, is highlighted by an overall refreshed look.

HCPI is rolling out the 2018 City in 4 kinds; the E MT, E CVT, VX Navi CTV, and the top-of-the-line VX+ Navi CVT. To distinguish them apart externally, the VX Navi and VX+ Navi come with power-folding side mirrors and 16-inch wheels. The E CVT and E MT, on the other hand, have 15-inch wheels, with the difference being that the former’s set is made of aluminum alloy while the latter comes in steel. In addition, only the VX+ variant is optioned with LED headlights and fog lights.

HCPI refreshed the interior with new metallic trims and panels in gun-metal color. The gauge cluster and engine push-start button have also been redesigned to fit the theme. While the VX+ Navi gets the leather seats, both it and the VX Navi come with cruise control which helps maintain a certain safe speed, allowing the driver to relax on long highway drives. As for entertainment, the E CVT, VX Navi, and VX+ Navi variants feature a new 7-inch head unit with hands-free telephone use via Bluetooth.

Under the hood, the 2018 Honda City still has the tried and true 1.5L inline 4-cylinder i-VTEC engine with 118 hp and 145 Nm of torque on tap. It’s also mated to wither a 5-speed manual or an Earth Dreams-developed CVT. For safety, the City comes with a host of features that include dual front airbags, anti-lock brakes (ABS) with electronic brake-force distribution (EBD), and a reinforced body structure called G-CON. 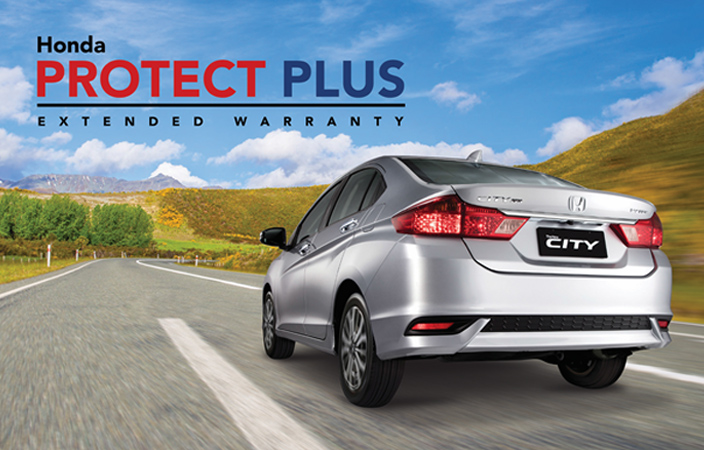 To Know more about HCPI, visit the official website.