MANILA, Ph --- When drivers get hungry, they end up doing crazy things on the road.

So SNICKERS® is reminding people not to let hunger get in the way of their driving as they launched the Don’t Drive Hungry Initiative this April 23.

SNICKERS® launched the initiative by giving away free temporary Don’t Drive Hungry license plates and car stickers at the Capital Commons Carpark, which are great reminders of the brand’s message to drive safe by not driving hungry. 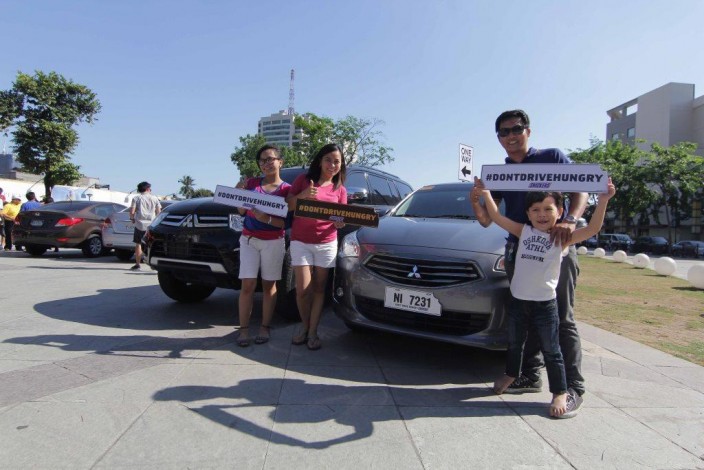 A study released by a top global navigation app revealed that Metro Manila was named as “having the worst traffic on Earth.” In the survey’s “Driver Satisfaction Index” the Philippines also did poorly, with a score of 3.9 (10 being satisfying and 1 being miserable).

Manila also topped the survey for the longest time spend commuting from home to office with an average time of 45.5 minutes, though some motorists report much longer travel times especially during rush hour.

Long hours stuck in traffic can lead to drivers getting hungry on the road, affecting their mood and focus, which can have detrimental effects to the quality of driving by motorists.

"SNICKERS® is all about satisfying those hunger moments because we recognize that you aren't you when you're hungry. Given the traffic situation in the Philippines, hunger can make drivers do crazy things. By giving out these temporary license plates, we want to remind drivers, drive safe, don't drive hungry,” said Fui Ching Phua, MARS Southeast Asia Marketing Manager. 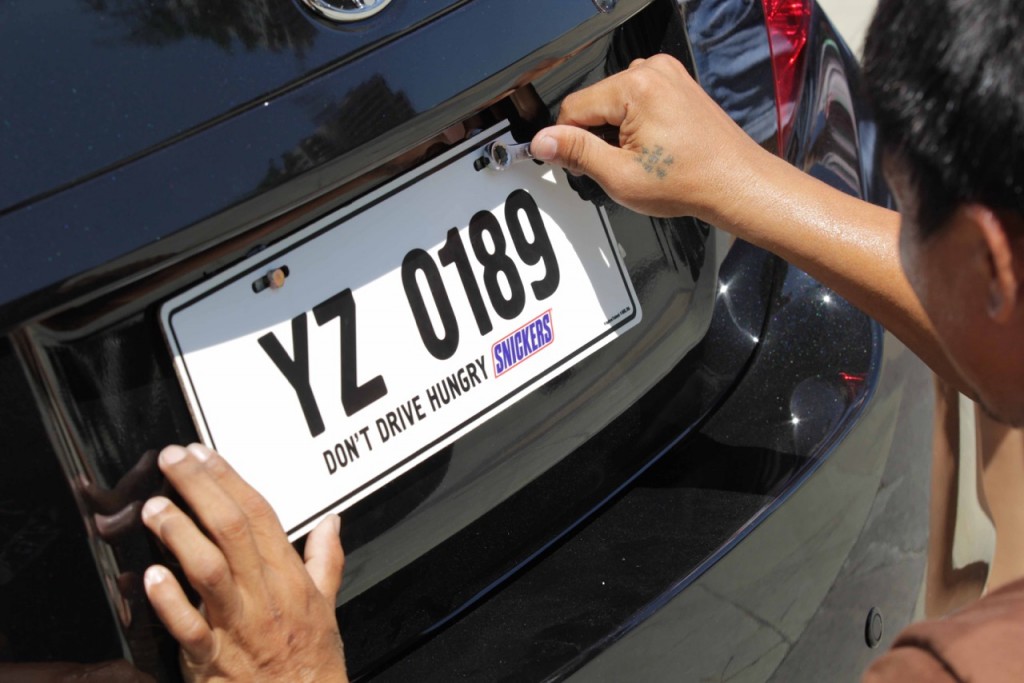 Aside from getting free temporary license plates, motorists were also invited to support the Don’t Drive Hungry Initiative by posting on their experience with the hashtag #dontdrivehungry. 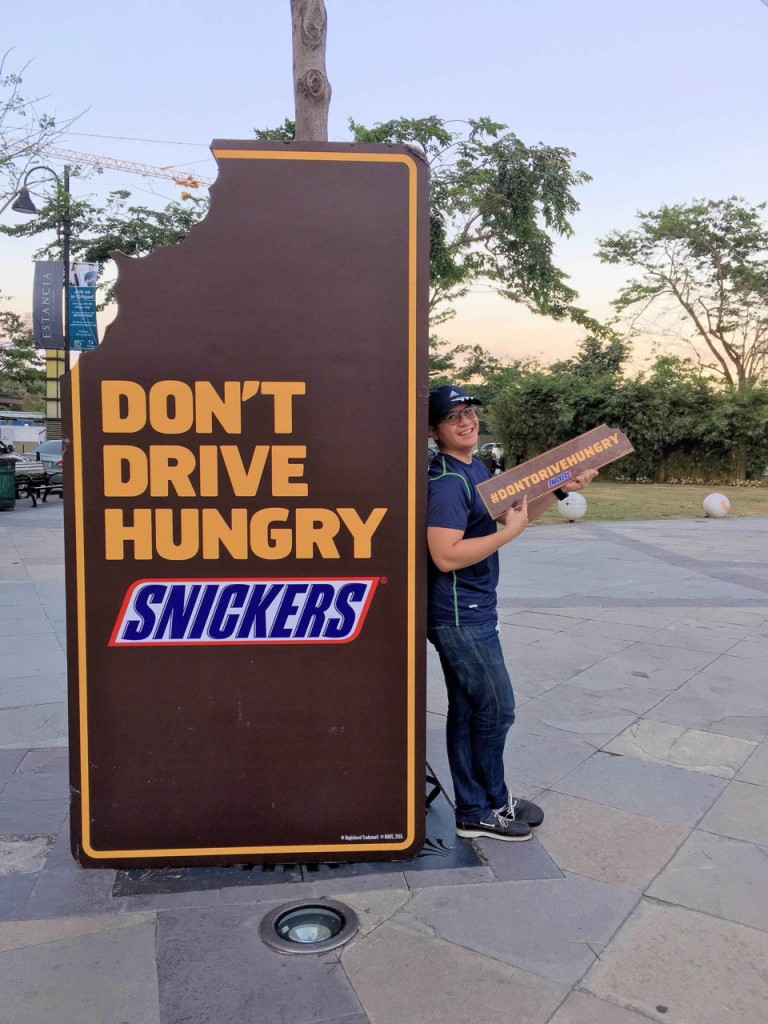