The Favorite Phantom: This Particular Phantom III Was the Favorite of Field Marshall Bernard Montgomery

Rolls-Royce has earned a reputation for being the ride of choice of men of power. World leaders, Heads of State, and diplomats have chosen the marque to let the world know that they’re in control, that they’ve arrived. One such man is Field Marshall Bernard Law Montgomery.

Montgomery was best known for his role during the first Allied land victory at El Alamein, Egyput in 1942, as well as his contribution on D-Day in 1944. As one of the most decorated military officers of his time, he earned the title “The Spartan General” because of his austere lifestyle. Yet despite the strict discipline he imposed on himself and his men, he had a liking for the finer things in life—particularly when it came to his personal transport.

He was ferried around in no less than a number of Rolls-Royce Phantom IIIs. The first of his third-generation Phantoms was a 1935 iteration that was coachbuilt by Freestone and Webb. Originally owned by Patrick Wilcock, head of Talbot Motor Company, the Phantom III was later requisitioned by the Ministry of War Transport Section and used by Montgomery for his personal ride. It likewise had the distinction of ferrying such prominent figures as Winston Churchill, King George VI, and General Eisenhower.

Yet Montgomery had a favorite among the Phantoms he used—the Buttler Phantom III. Commissioned for Alan Samuel Buttler, Chairman of the De Haviland Aircraft Company, it had bodywork HJ Muliner and possessed a few features that gave it an even more striking presence. These came in the form of aerodynamic touches like a sloping front windshield, enclosed spare tire, and the sweptail design.

The Buttler Phantom served Montgomery even after World War II, when he did duty under the Imperial General and later on, became Dwight D. Eisenhower’s Deputy. He and his stately ride visited prominent addresses and attended important functions. All throughout, the Phantom III and its powerful 7,338cc V12 motor carried him and his companions with a smoothness like no other.

It is the Buttler that will join the distinguished Great Eight Phantoms at the end of July. This third-gen model is truly special as it is the last model that Henry Royce worked on before his death. And it will be one of the cars to signal the arrival of the future of the marque that has carried men of power for some 92 years. 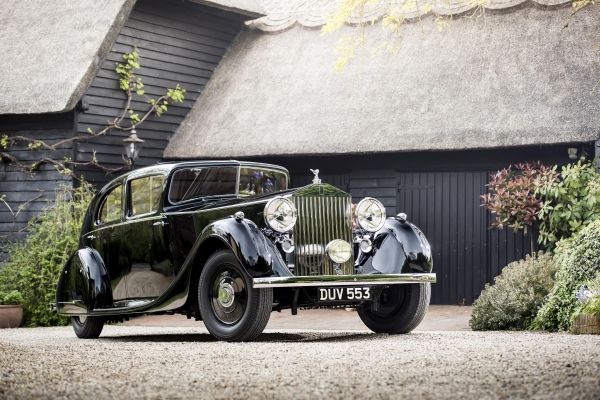