Most people know Toyota as a maker of some of the world’s best and most reliable automobiles. But did you know that the Japanese auto giant is likewise venturing into robotics, particularly in the field of support services?

Utilizing motor learning theory, the robot has the ability to adjust the rehab session’s difficulty level depending on the patient’s ability and condition. It can likewise give feedback about the patient’s gait characteristics. Moreover, it can easily be installed and comes with a central touchpad that allows for use within clinical settings.

Toyota’s involvement in the field of robotics is nothing new. Work began with industrial applications in the 1980s. This led to advancements in Partner Robot technologies to aid the elderly and differently-abled folk who have a difficult time moving about. Thanks to the continuous research and development, Toyota hopes to make their lives as normal as possible, with the help of these support robots.

When it comes to rehabilitation services, Toyota has actually been hard at work in this field for around a decade now. Work began in 2007 when it collaborated with Fujita Health University Hospital in Toyoake, Aichi Prefecture. Since then, it has been testing various tools and technologies to try and perfect the support system for the rapidly growing elderly population in the country, as well as those with special needs.

Toyota hopes to rent around 100 Welwalk WW-1000 robots to various medical facilities beginning this year. If all goes well, Toyota might not just be a household name for cars. It can likewise make a name for itself in the field of medical services. 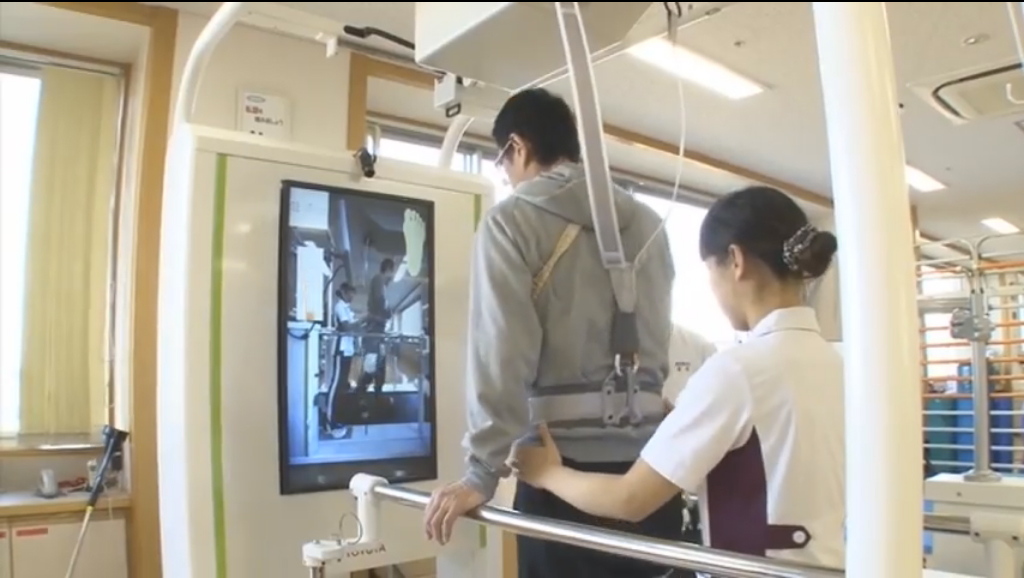