The 2018 season of the Petron FlatOut Race Series (Petron FORS) has reached its 8th and final round last October 27. Unfolding at the 4.2 km long Clark International Speedway (CIS) in Pampanga, the country’s premier grassroots racing series concluded with a squad of 97 drivers taking the challenge head on.

As with the previous 7 rounds, the 2018 Petron FORS Round 8 featured Time Attack and Grid Race events, all of which were made safe and fair by the people behind the Automobile Association Philippines (AAP). Also, Petron Philippines was around, not only to represents as this year’s title sponsor, but also to provide teams with Blaze Euro 6 compliant fuels and lubricants. 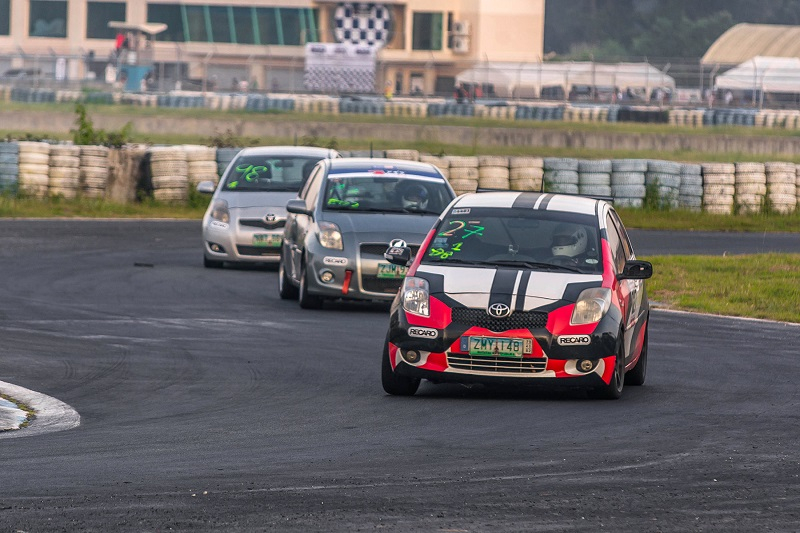 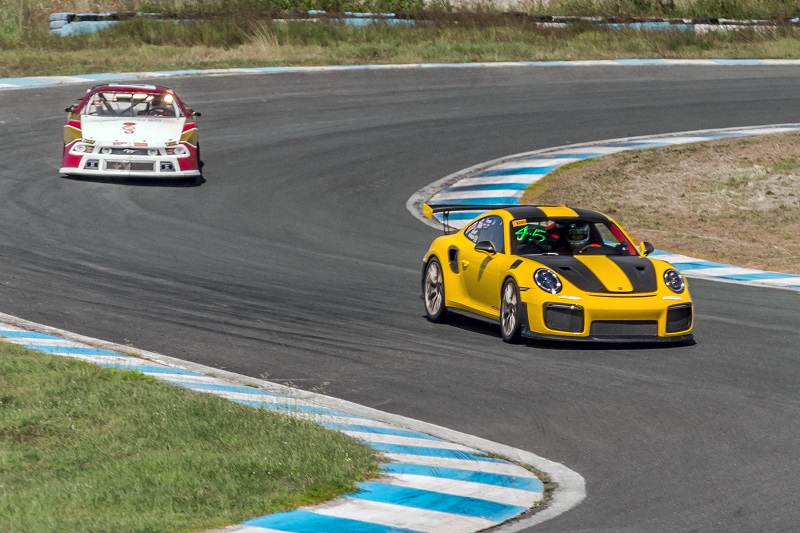 Taking first dibs on the track were the drivers battling it out for the win in Bracket R. Dominique Bon in his Porsche 911 GT2 RS may have been the fastest man in the said bracket, but his best lap time of 2:05.452 wasn’t enough to land him atop the Time Attack champion list. That honor went to points leader Rafael la ‘O who secured the 2018 title by clocking in a close 2nd. Rounding off the top 3 was Jess Garcia. Bon did win a championship title in the end as his run was more than enough to dominate the Super Car Class.

la ‘O also went out to challenge drivers in Bracket A. It would seem like he was outpaced by the Subaru WRX STI of Anthony Songco who clocked in a 2:10.475 lap. But la ‘O’s consistent pace soon paid off as he eventually took the title home, his title win number 2 for the day. In Bracket B, Paolo Santos was crowned the champion. He joined the podium with Edurardo Pujol and Ronn Cantindig who clocked in 2nd and 3rd, respectively.

Due to his number of overall points, Paul Santos was given the Bracket C title despite clocking in 3rd fastest. He shared the spotlight with Don Frew who stopped the clock in 1st and Hernel Castillo in 2nd. In Bracket D, Robert Tan scored his maiden victory AND his first championship title in the process. Coming in 2nd fastest was Armand Marcaida, while Steve Travers placed 3rd.

Patrick Manapat, Russel Cabrera, and Mark Pascual placed themselves as 1st, 2nd, and 3rd fastest drivers respectively in Bracket E. But Mark Anton David was the true star of the show by taking home the class title due to his consistent podium finishes for the past 7 rounds. In Bracket F, Kody Ng was crowned the overall class champion despite not clocking in the top 3 fastest. He outscored Anthony Raymond Santos, Adrian Agcamaran, and Jeff Pobadora who stopped the clock in that order.

Lastly in Bracket G, lady driver Gabie Desales came out on top as the overall champion, despite the efforts of Miguel Hortel who put up a good title fight. 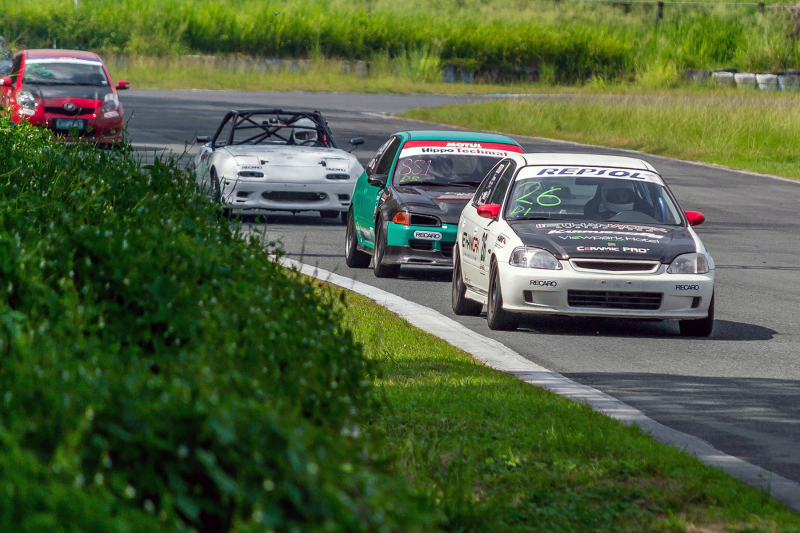 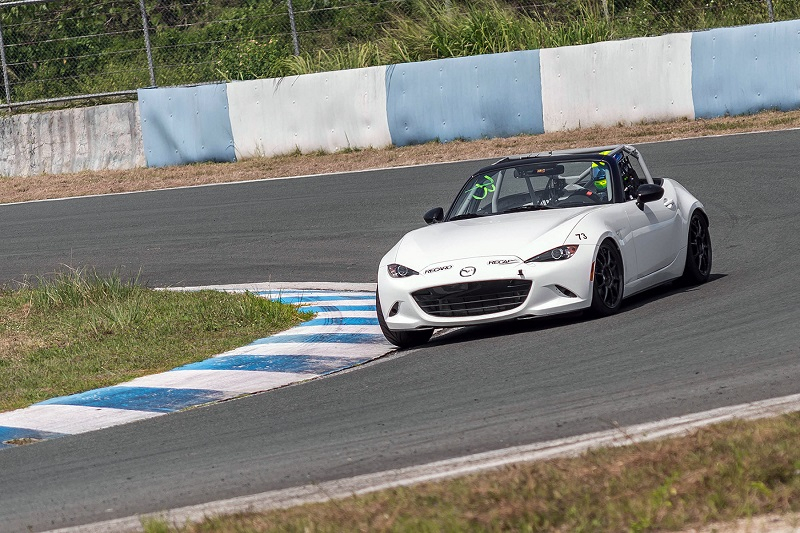 By midday, the last of the Grid Race runs went underway. In Petron Grid A, la ‘O prevailed for the third time by crossing the line in 1st place. This earned him the overall 2018 Petron FORS Drivers’ champion. Meanwhile, Paolo Santos had more than enough points to take the KYB Grid B title, despite failing to finish the race. However, the official top 3 finishers in Grid B belonged to Eduardo Pujol, Sherwin Bargos, and Kevin Sugden.

In Recaro Grid C, Paul Santos and Julian Diego were locked on a tight battle to the finish. Santos came out on top, thus earning him the championship title. As for Staunch Performance Grid D, points leader Andre Tan took home the overall class champion (This, despite dropping several positions down as a penalty for breaking out of his bracket). On that note, the official Grid D finishers for that day were Armand Marcaida and Erwin Manaog.

Finally in SmartFuels2Race Grid E, Kody Ng graced the top spot on the podium once more to claim 1st place AND the overall class champion.

The 2018 Petron FlatOut Race Series was made possible by the following sponsors and media partners. 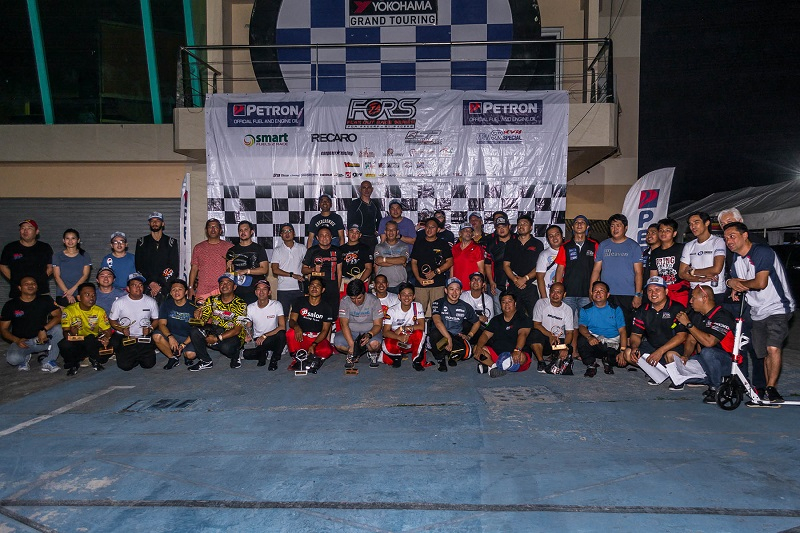