Volkswagen is best known for models like the Beetle, the Golf GTI, and of course, its stable of SUVs and crossovers. Yet the company also has a pickup truck in some mrkets. And it is adding another one to join the Amarok, the new Volkswagen Tarok Concept.

Unveiled at the Sao Paolo International Motor Show in Brazil, the truck is a stylish rig with a lot of chrome and illuminated trim pieces. Despite it being a looker, it isn’t something that you wouldn’t hesitate to take off the beaten path. It is rugged with enough ground clearance to avoid scarping its underbelly against rocks and loose earth.

Just like the outside, the cabin gets a digital display for the instrument cluster and infotainment system. Materials, VW says, are top notch and wouldn’t feel out of place in a sedan.

What sets this one apart from the pack, however, is a panel behind the passenger’s rear bench that folds away to extend the cargo bed capacity. From an already large 1,206L, it can stretch to 1,861L at the push of a button. And payload capacity is a generous 1,000kg.

While the concept is powered by a 1.4-liter turbocharged gasoline mill that makes 148hp, the production version will get a 2.0-liter turbodiesel that puts out 148 horses. It will be mated to a 6-speed automatic and all-wheel drive.

Even if Volkswagen says that the Taork will go into production, it didn’t mention when this will happen. Expect it to arrive within the next few months. 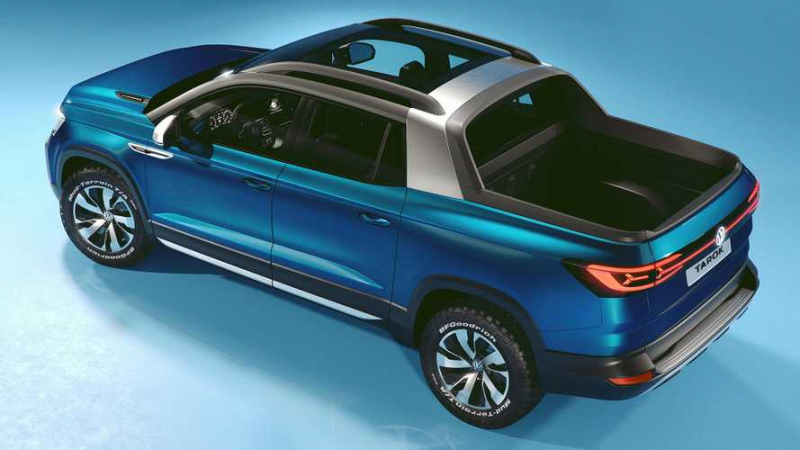