After what was an intensely hot opening round last May, the 2019 season of the Giti Formula V1 Challenge headed up north to green light its 2nd leg in the calendar. Held last July 20 and 21 at the 4.2 km long Clark International Speedway (CIS) in Pampanga, the country’s top-level racing series was highlighted with thrills and spills under an unpredictably challenging weather condition that tested both man and machine. 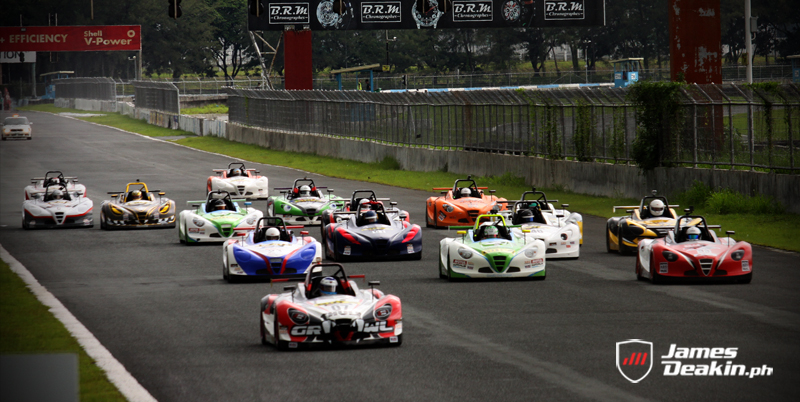 Firing up the exciting Saturday race weekend was an afternoon qualifying session for both the Amateur (Am) Class and Professional (Pro) Class. In the end, Alex Brown (Toyota Balintawak/Obengers) set the bar high in Am Class with a best lap time of 2:11.391, thus earning a slot ahead of Red Diwa (OTR Racing) and Bryan Co (Giti Racing). Diwa managed to slot himself in 2nd with a time of 2:12/915, while Co settled for 3rd on the starting grid with his best lap time of 2:13.914.

In Pro Class, Stefan Ramirez (Ensport/Fourth Floor Racing) qualified 1st with a blistering lap time of 2:11.619. Starting off in 2nd was Ryo Yamada (CleanFuel Racing) with his best time of 2:11.631. Meanwhile, rounding off the Pro Class starting grid top 3 was Estefano Rivera (Toyota Otis/Obengers) with a time of 2:11.723. 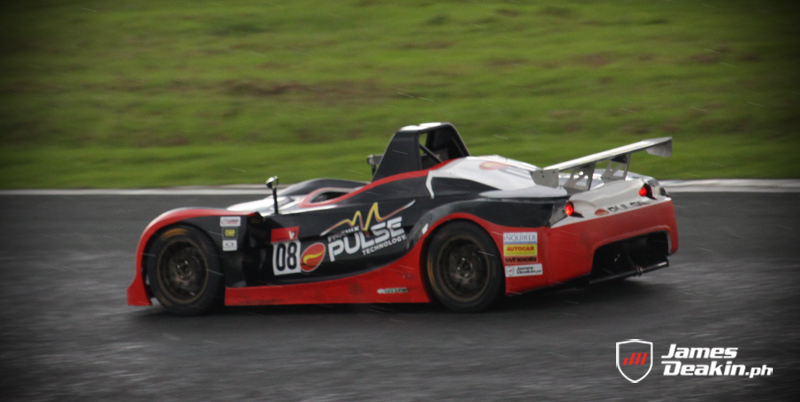 After several hours of rest period, the racers soon filled up the grid for the start of Race 1. The rain soon unleashed a strong downpour, thus resulting to a number of hairy moments for everyone. When the checkered flag came out, it was Alex Brown and Red Diwa who clinched 1st and 2nd places, respectively in Am Class. They were joined on the podium by Dominic Roque (CleanFuel Racing) in 3rd.

On the other hand, Ryo Yamada, Estefano Rivera, and Stefan Ramirez came out as the day’s top 3 Pro Class winners in that order. 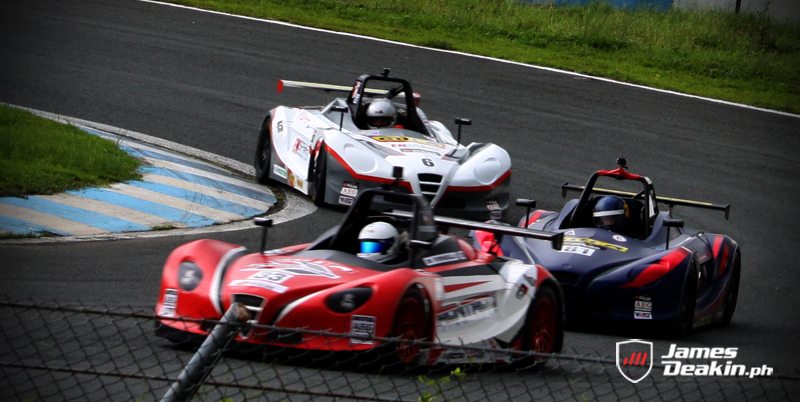 According to JP Tuason, the main man of Tuason Racing, Sunday’s set of races had to be pushed forward to an earlier time so as to lessen the chances of the event getting caught in the rain. By that, the green lights went off at around 8 a.m., signaling the start of Race 2.

The 12-lap race had its fair share of ups and downs in both classes. But first, Red Diwa made sure to cross the line in style as he came out on top in Am Class. Finishing 2nd place was Shane Henderson (A.Line Autosport), while Raffy Rabe, team Phoenix Racing’s ace driver who won its Young Driver’s Program, bested a commendable 3rd place. Strong contender Alex Brown and Jerry Choi (One Formula Racing), unfortunately didn’t make it to the finish due to incidents midway into the race.

In Pro Class, Estefano Rivera claimed 1st place. Not far behind in 2nd was Ryo Yamada. In 3rd was Raymond Ronquillo (Frontrow Racing). And similar to the Am Class, a few Pro drivers also didn’t make it to the finish line due to incidents. They were Paolo Mantolino (Ethanworx Racing) and Stefan Ramirez who didn’t even last Lap 1. 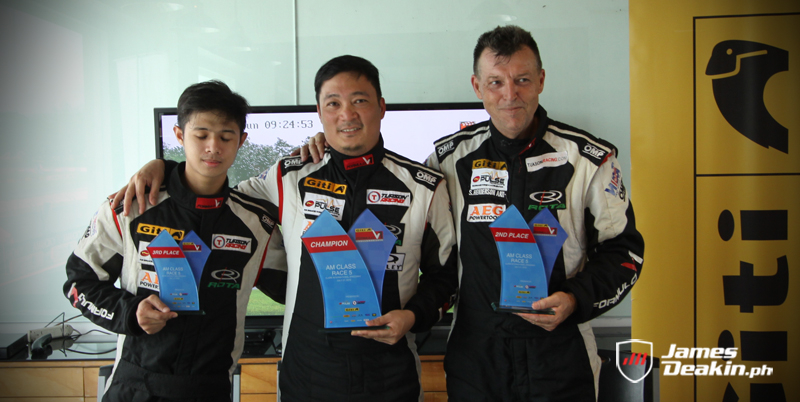 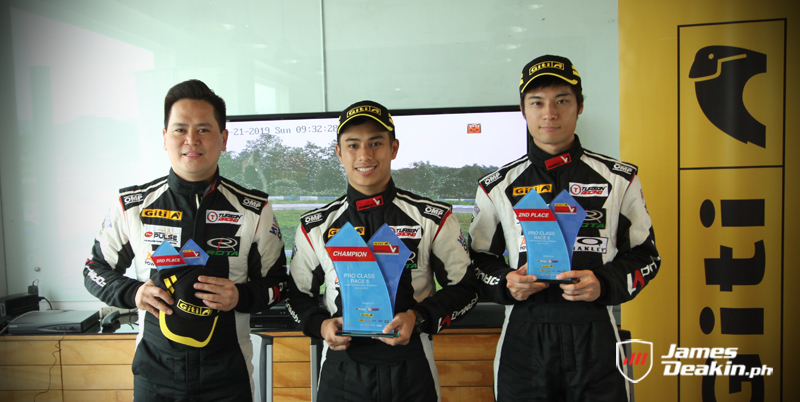 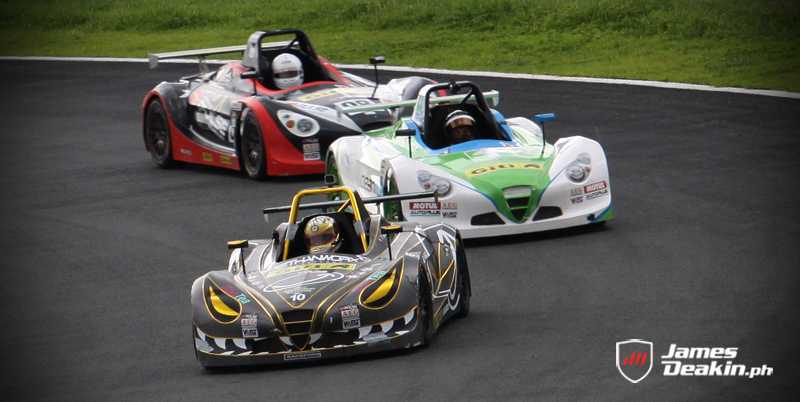 It all boiled down to the final race of the day. As the rain loomed over the start of the race, it was still a go for Race 3. Down the stretch they went, hard-charging to get the cleanest spot into turn 1. A few laps into the race, the rain started to pour down, intensifying in the last 3 laps.

Despite the wet weather challenge, Alex Brown prevailed to win the Am Class to honors. His valiant efforts kept Dominic Roque and Shane Henderson at bay, thus only allowing the two drivers to finish 2nd and 3rd places, respectively. In Pro Class, Estefano Rivera and Ryo Yamada clinched 1st and 2nd places, in that order. Rounding of the Pro top 3 was Stefan Ramirez. 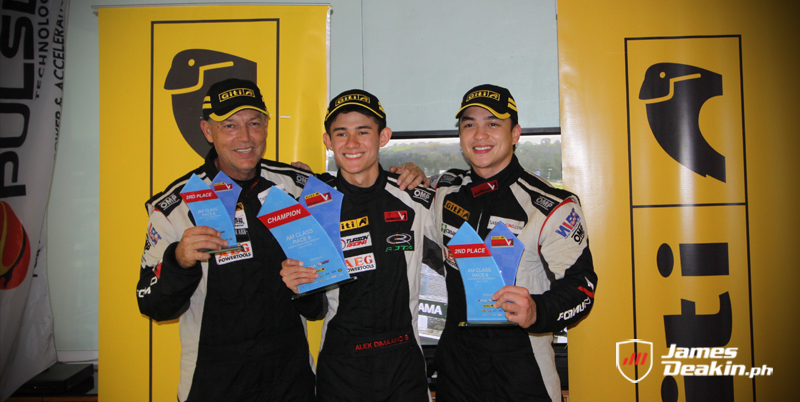 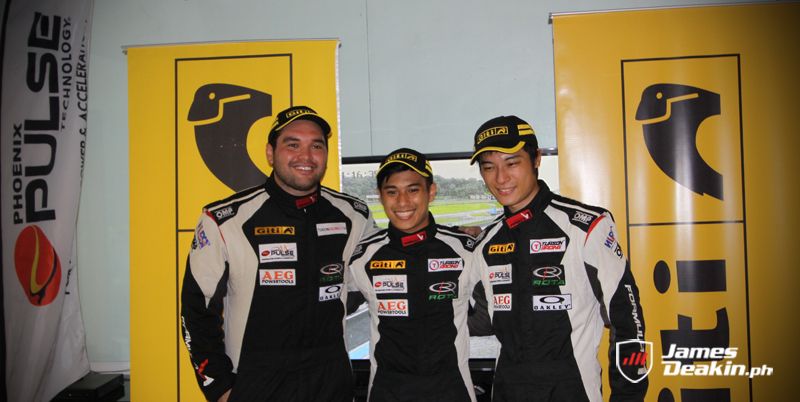 Point Standings after Round 2

With the 2019 Giti Formula V1 Challenge Round 2 in the bag, the championship is still wide open as yje series enters half-way mark. In Am Class, Alex Brown enjoys a 63 points advantage over his nearest rival Red Diwa who currently has 25 points. In 3rd on the Am standing is Shane Henderson with 15 points.

In Pro Class, Ryo Yamada leads the way with 98 points. Estefano Rivera, meanwhile, is so close by at just 97 points, while Jussi Hoikka is on a mission to improve on the next race, seeing his current 3rd position in the points tally at 50.

Catch the action once more as the 2019 Giti Formula V1 Challenge returns to CIS for Round 3. Save the date, race fans; October 19 and 20. 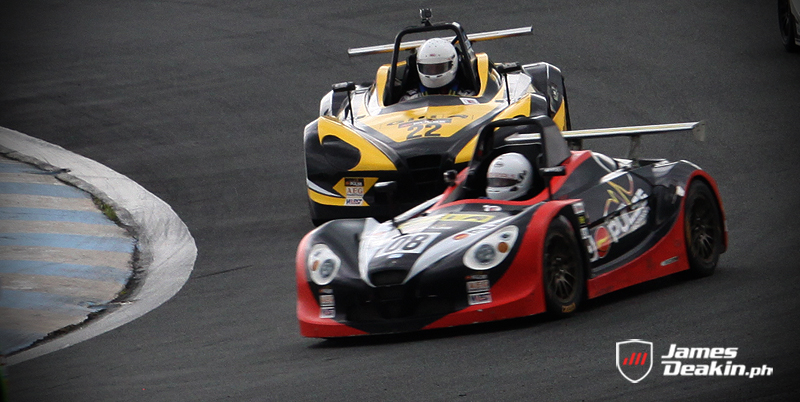