It was a weekend full of thrills and spills as the 2019 Giti Formula V1 Challenge went underway. Organized by Tuason Racing, in partnership with key sponsors Giti Tires and Phoenix Pulse Technology, the said motorsports event, which is now on its second season, saw its opening round fire up in style at the 3.7 km long Batangas Racing Circuit (BRC) in Rosario, Batangas.

In summary, the Giti Formula V1 Challenge is a single-seat racing event that’s touted as the highest form of motorsports available in the country today. It’s where drivers from grassroots racing events such as Toyota Vios Cup, FlatOut Race Series (FORS), Philippine GT Championship, among others do battle against more experienced racers in an equal playing field. 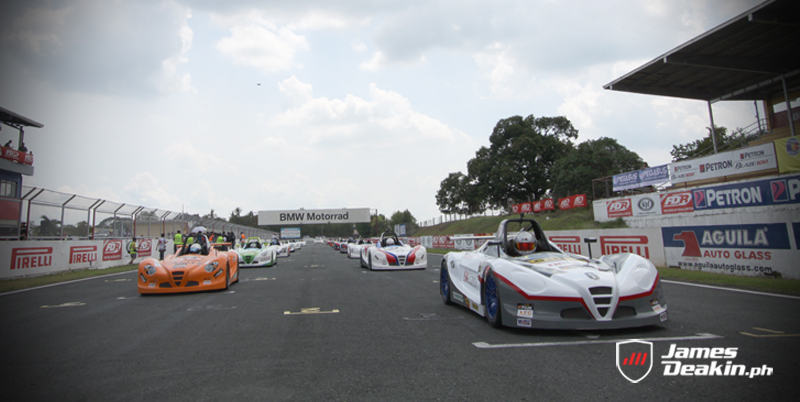 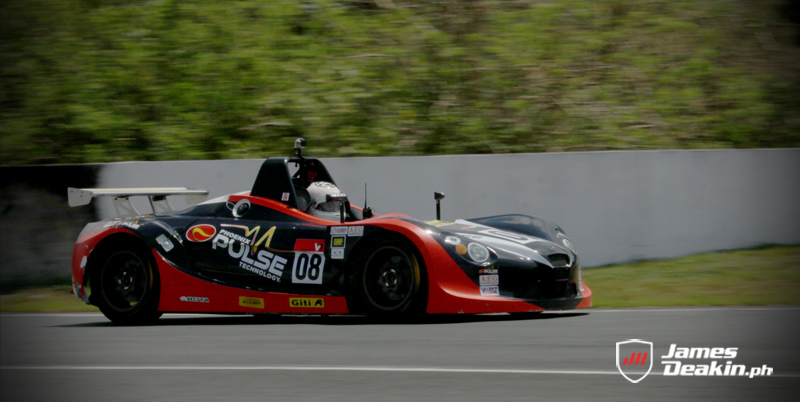 The race weekend started off with a Saturday noon Qualifying Time Trial, followed by the first race of the season just a few hours before sunset. 16 year old Filipino-Singaporean driver Alex Brown of team Toyota Balintawak/Obengers took command of the Amateur (Am) Class time sheets by clocking in a best lap time of 1:50.854. Not far behind was OTR Racing Team’s Red Diwa who managed a 2nd fastest time of 1:52.416. Meanwhile, claiming 3rd fastest with a time of 1:52.751 was Australian driver Shane Henderson of team A Line Autosport.

Up in Professional (Pro) Class, Estefano Rivera of team Toyota Otis/Obengers made a blistering 1:50.178 best lap time, earning him a clean spot at the front of the grid. Next in line was Japanese driver Ryo Yamada of team Cleanfuel Racing who checked in a close 1:50.206, followed by team Ensport/Fourth Floor Racing’s Stefan Ramirez in 3rd with a best lap time of 1:51.252 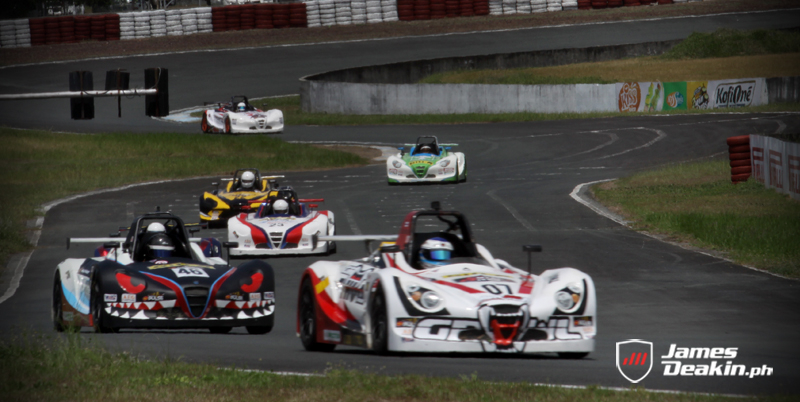 The green light soon went off a few hours later, signaling the start of Race 1. Minor hits and close calls were aplenty throughout the 12-lap race, a sign of more action-packed things to come. In the end though, it was Alex Brown who clinched the Am Class checkered flag in 1st place, followed by Shane Henderson and Red Diwa in 2nd and 3rd places, respectively.

In pro Class, Ryo Yamada made a valiant effort to take home 1st, ahead of Estefano Rivera in 2nd and Stefan Ramirez in 3rd. 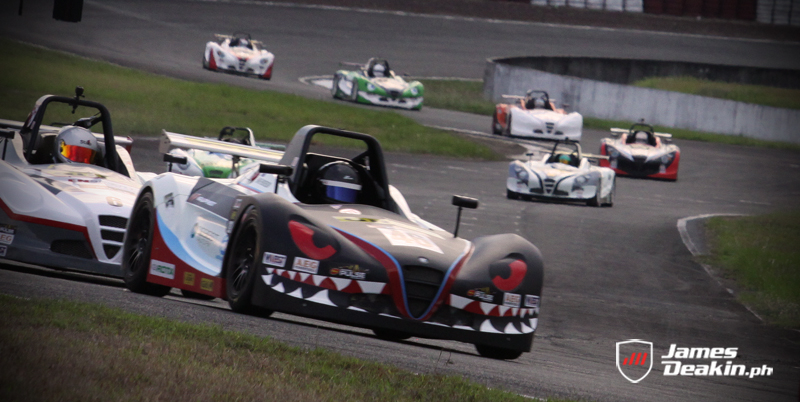 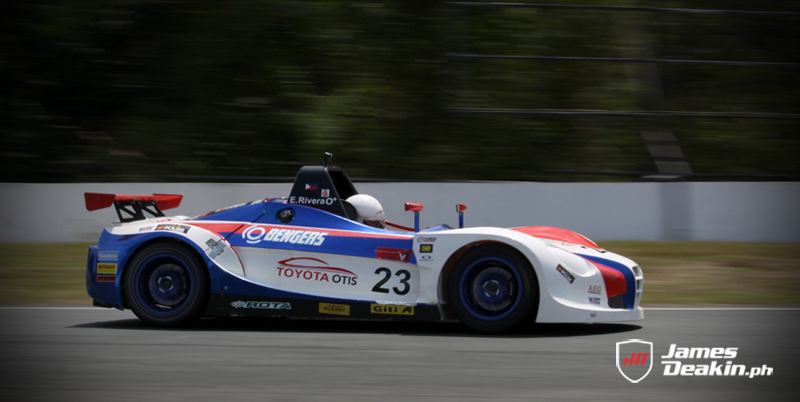 Sunday morning (May 19) marked the start of Race 2, and what a strong show of force by Alex Brown as he, again, took home 1st in Am Class. On his tail were Red Diwa and Shane Henderson who completed the 12-lap race in that order.

Similarly in Pro Class, Ryo Yamada took another 1st place victory. Finishing 2nd was Stefan Ramirez who successfully held back Estefano Rivera. The latter would complete the race in 3rd, thus rounding off the podium top 3. 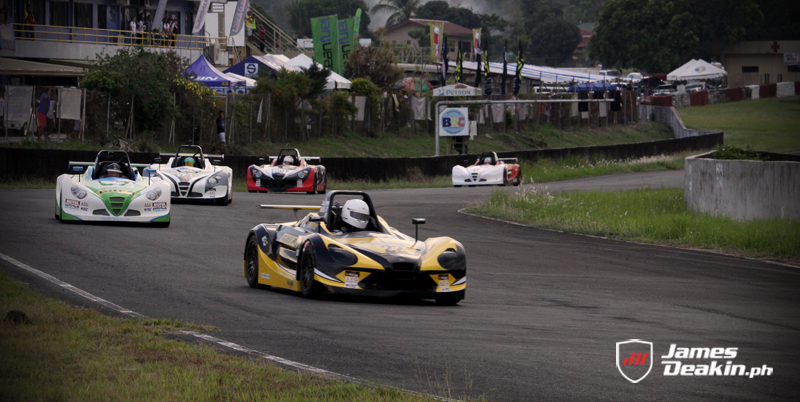 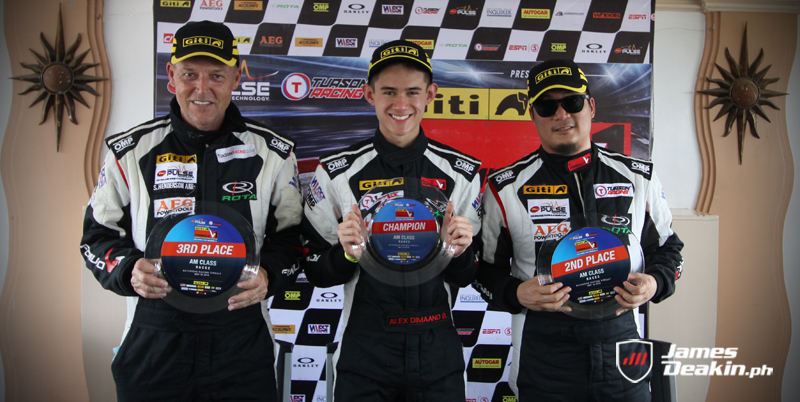 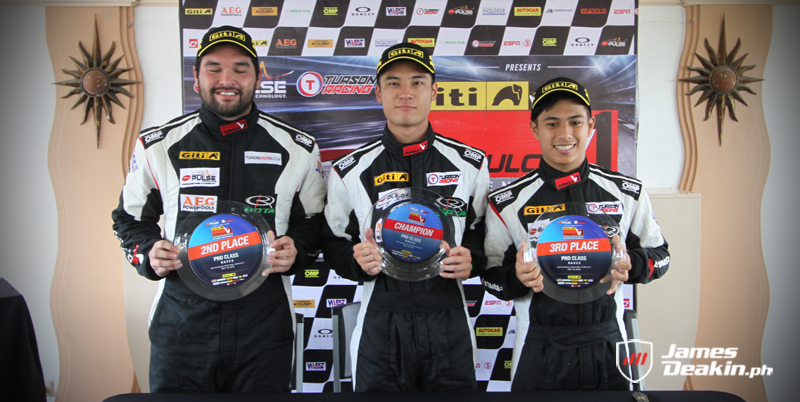 The final race of the day was also the highlight race of Round 1. Aside from being held in reverse starting grid order, it was also slightly behind schedule as there were technical issues, and that the weather was looking to let loose a heavy one. The race went on, anyway, but not without a few heart-stopping moments.

One such moment was that of team Cleanfuel Racing’s Dominic Roque’s lap 4 incident. Due to a slightly slippery track caused by a light drizzle, the Am Class contender lost control and crashed, rendering him unable to finish the race. Fortunately, he walked away unscathed, thanks to the V1 car’s suit of safety features such as the monocoque body construction, racing harness, and roll bar.

The stewards opted to red flag the race for a brief moment to clear the track. But just a few corners after restart, Stefan Ramirez spun out. He was able to continue, but as a result, the Pro class driver crossed the line in 13th place.

Due to the delays, the race was cut short to just 7 laps. In the end, it was Alex Brown, yet again, who dominated Am Class. Joining him on the podium were Red Diwa in 2nd and Bryan Co of Giti Racing Team in 3rd.

Finally in Pro Class, Estefano Rivera would finish the race in 1st, overcoming the reverse-grid challenge. He was followed by Raymond Ronquillo of Frontrow Racing in 2nd and Finland national Jussi Hoikka of Growl Thule Racing team in 3rd. 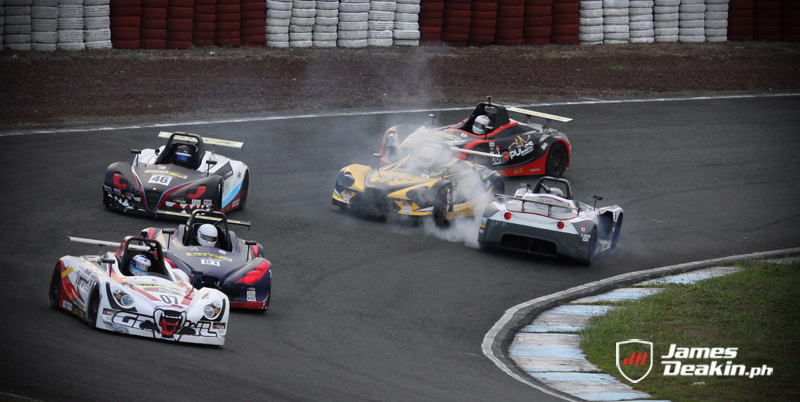 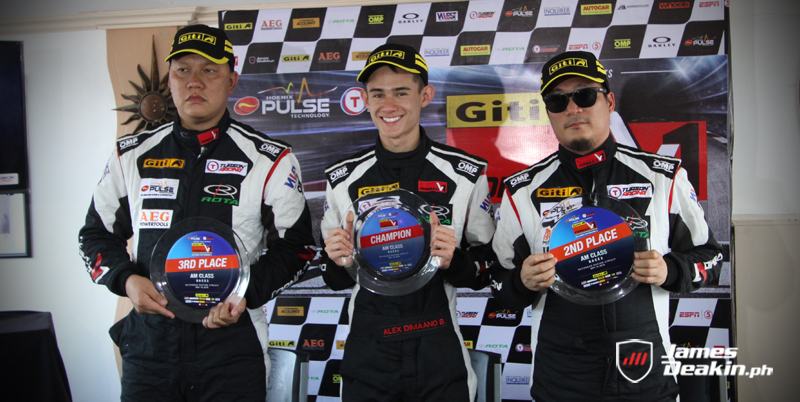 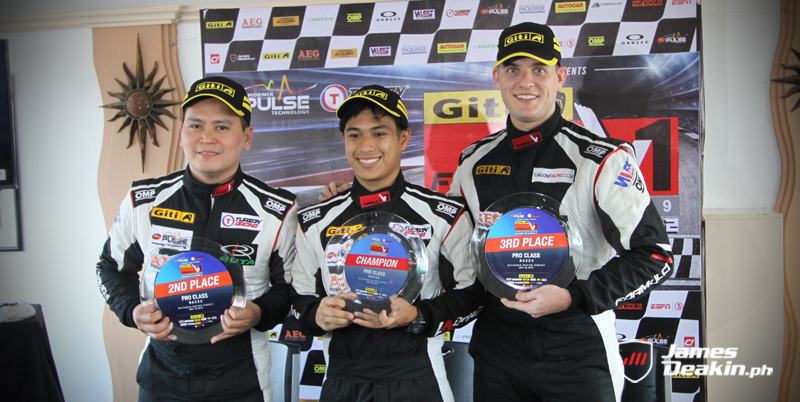 Catch the next Round of the 2019 Giti Formula V1 Challenge on July 20 and 21 at the 4.2 km long Clark International Speedway in Pampanga. 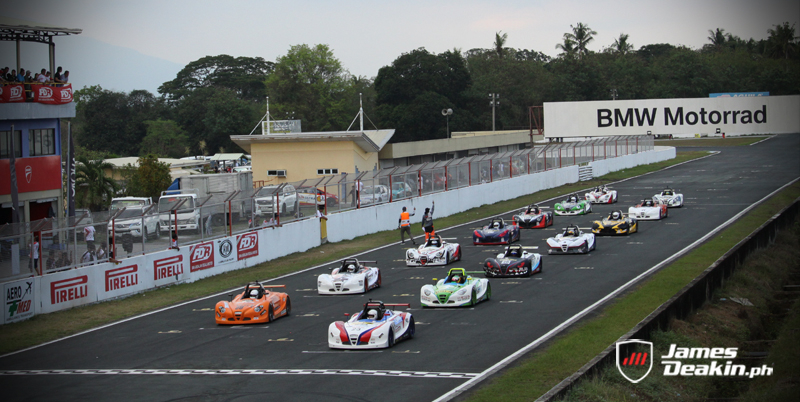 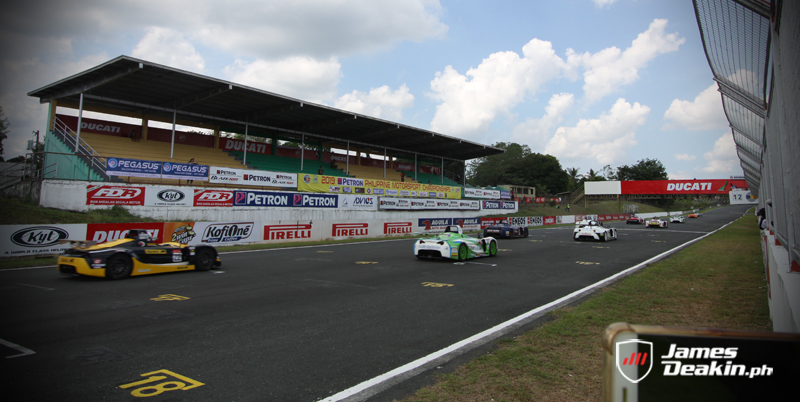 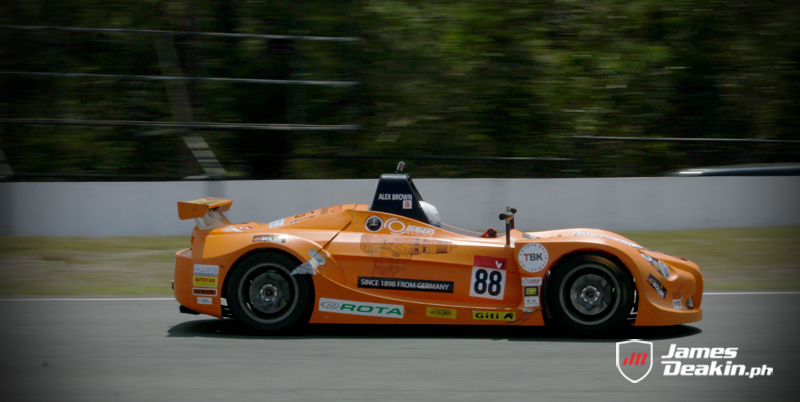 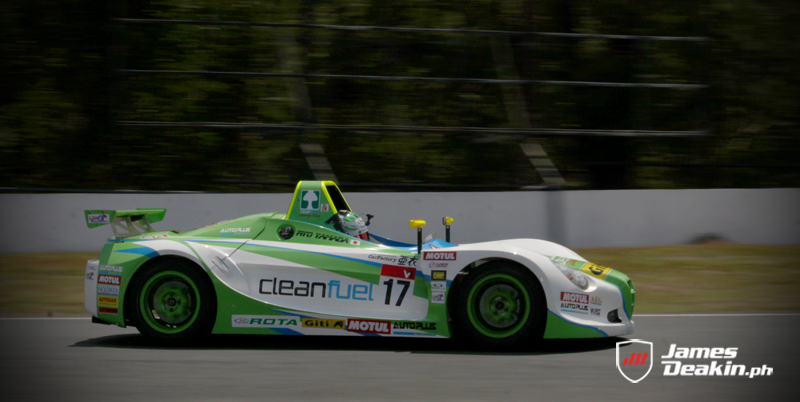 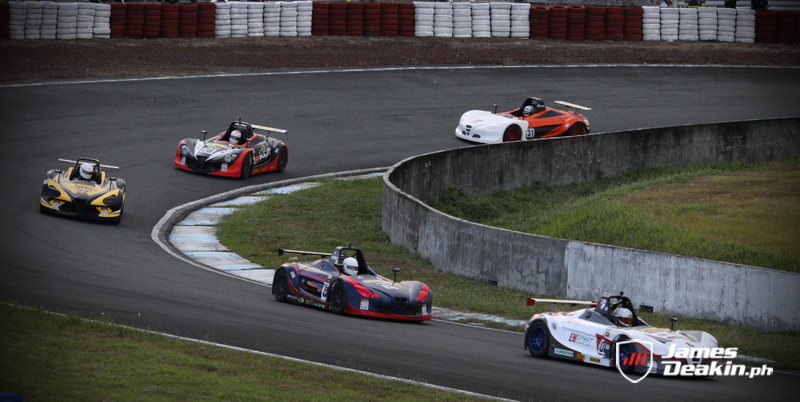 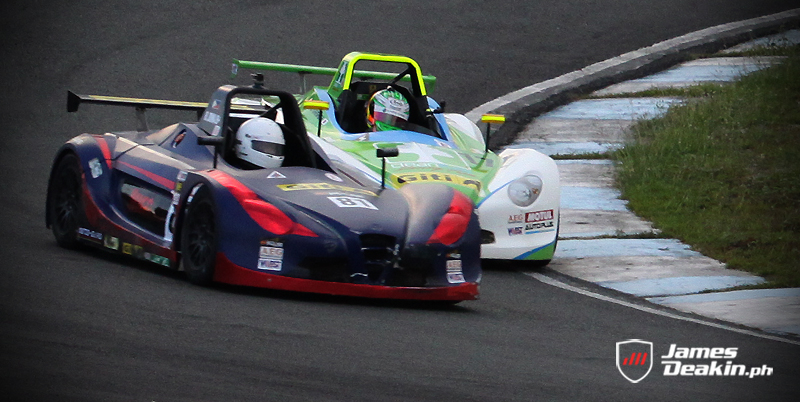 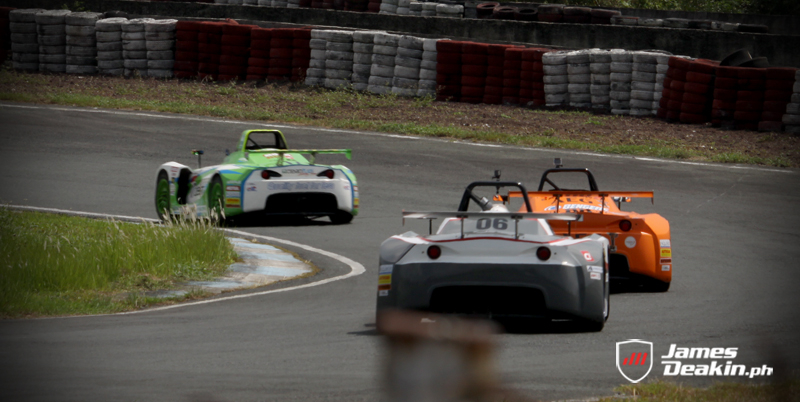 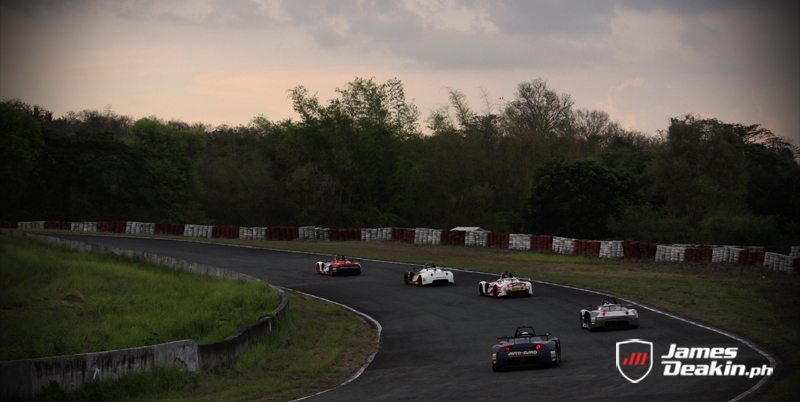 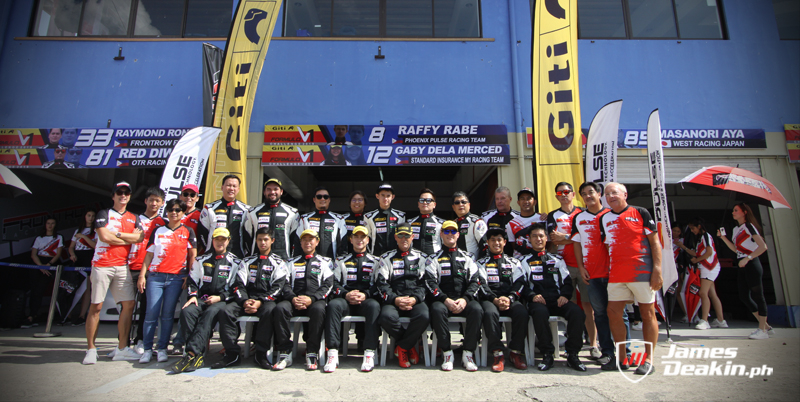