The Philippine Superbike Championship (PSBK) saw its final round commence last October 1, 2017 at the 4.2 km Clark International Speedway (CIS) in Pampanga. Amid the inclement weather, tricky track condition, and fierce competition, one rider came out on top; Marvin Mangulabnan of the BMW Motorrad Racing Team.

The action-packed round presented 2 events; the pre-final race and the main final race, itself. Both of which presented Mangulabnan with heart-stopping challenges like keeping a smooth pace despite the slippery track condition and charging for the lead from his 3rd place starting position in the main race.

Highlighting the main final race, Mangulabnan and pretty much everyone on track gave everything they had to close this season with flying colors. Mangulabnan, being the rider with the most number of accumulated points this year, went full throttle, going head-to-head against his fellow competitors.

There were moments wherein he would dart into 2nd place, only to fall back to 3rd. He eventually crossed the line in 3rd, but the points he earned from that finish helped him to clinch this year’s overall championship title in style.

Best part about his title-winning performance this year is that he successfully defended his reign as the PSBK champion for the 2nd time around as he also won the competition last year. 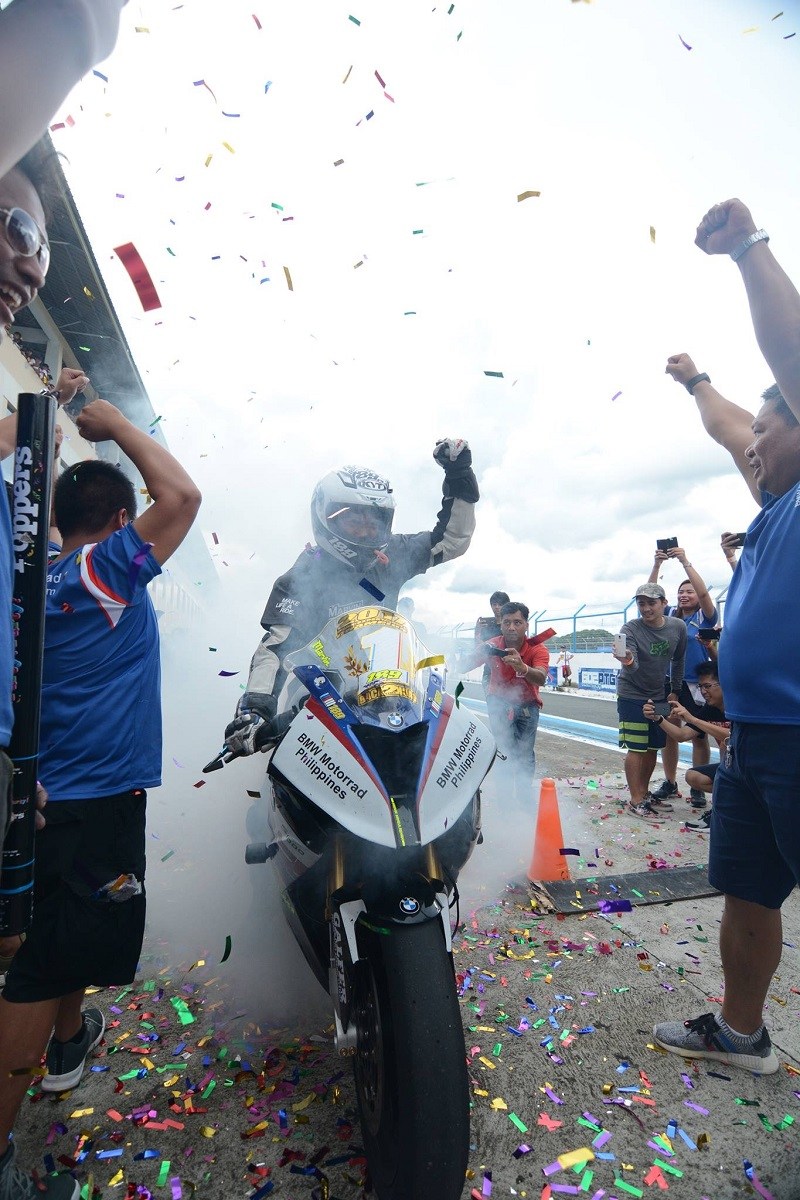