Round 2 of the 2018 GiTi Formula V1 Race Challenge saw an intense weekend last August 11 at the 4.2 km-long Clark International Speedway (CIS) in Pampanga. Contrary to the scorching hot conditions in the opening round last May, this leg challenged 14 drivers from 9 teams on a series of laps that tested their skills on a slippery track under heavy rain.

As an idea, the Formula V1, which is organized by Tuason Racing School (TRS), is slated as the next level after such grassroots racing events as the Toyota Vios Cup and the FlatOut Race Series (FORS). It comes in 2 classes; Amateur (Am) Class and Pro Class. In addition, the Formula V1 also marks the return of single-seat auto racing in the country. 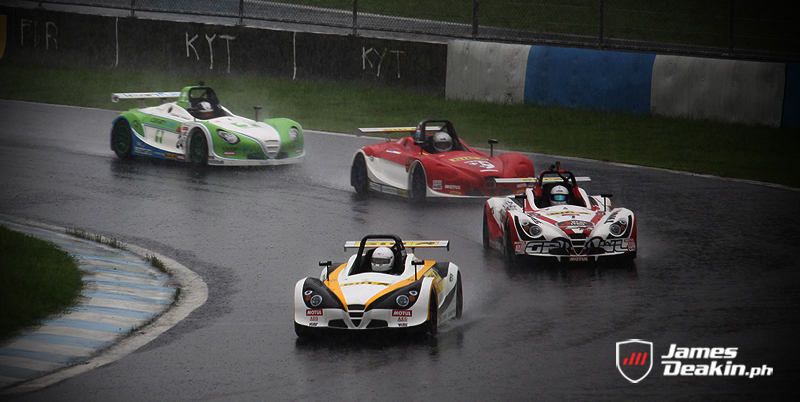 New for this round is the Formula V1 debut of team Toyota Balintawak/Obengers which fielded 1 racecar in Pro Class driven by 2017 Toyota Vios Cup Champion and current Asian Formula Renault contender Daniel Miranda. Similar to the opening round, the 2nd leg of the 2018 GiTi Formula V1 Race Challenge is staged in 3 parts; a Qualifying Time Trial, Race 1, and Race 2. 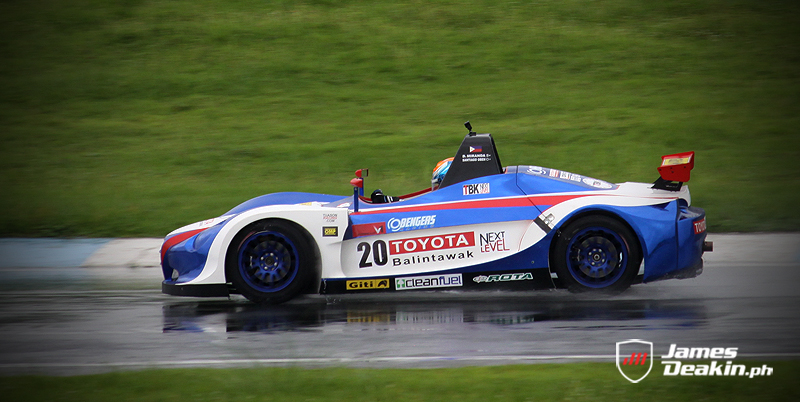 As said, the weekend was battered with heavy rain due to the onslaught of the southwest monsoon (habagat). As a result, visibility was poor, and that the entire track was dangerously slippery. In fact, due to the non-stop rain, the entire timeline of the Formula V1 Round 2 was adjusted further back, giving more pressure to everyone on and off the track. However, these didn’t stop the drivers from giving it a go to qualify as best as they can.

One example is Luis Gono of team Clean Fuel Racing who managed to take Pro Class pole position with a best lap time of 2:22.862. Not far behind was Daniel Miranda who clocked in a 2:24.049 at the 8th and final lap of the session. In 3rd was Tyson Sy of team PartsPro Racing who did a close 2:24.756. 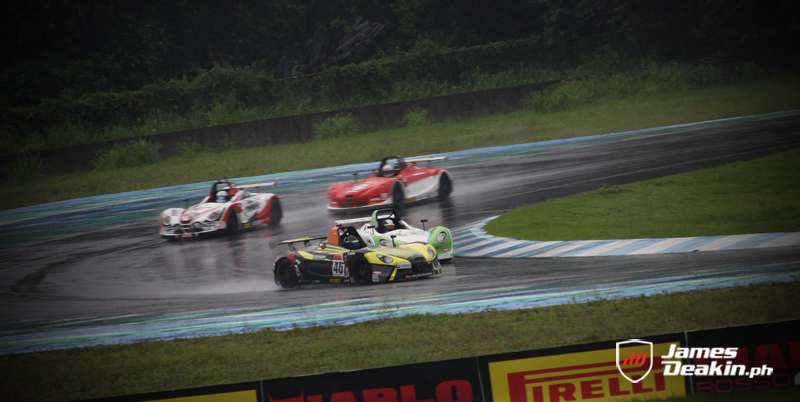 Despite the setbacks, the stewards, teams, and drivers pressed on to green flag Race 1 which was schedule for 12 laps. Right off the bat, things turned all the more hairy as several cars spun out. This signaled the intervention of the safety car. The racing under safety car went on for several laps, much to the hopes of all for the rain to let up… but it didn’t.

With everything not going according to plan, the stewards had no choice but to red flag Race 1 under safety car on lap 7. In light of this, the official Pro Class winners were Luis Gono, Tyson Sy, and Daniel Miranda who finished behind the safety car in that order. For the Am Class, the winners were Sean Smith, Jussi Hoikka, and Shane Henderson in 1st, 2nd, and 3rd places, respectively. 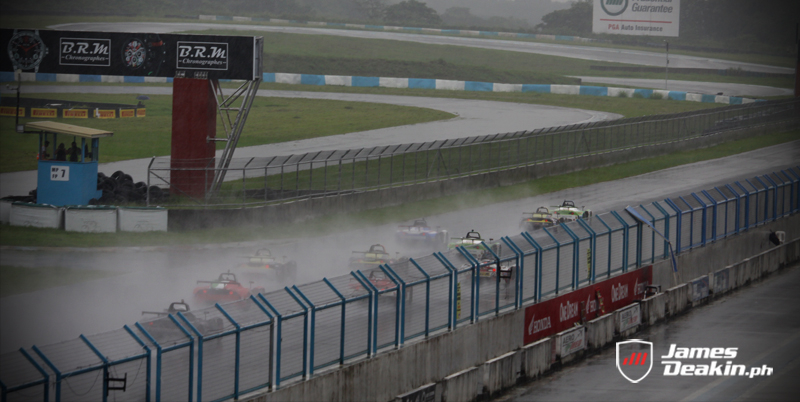 As hours went by, anxieties were at an all-time high, seeing the rain’s increased downpour prior to the much-delayed Race 2 schedule. To everyone’s dismay, the rain showed no signs of stopping. This prompted JP Tuason, the main man of Tuason Racing School, to move the schedule of Race 2 to the next round in October, out of concern for the drivers’ safety and the unfortunate delay of the day’s proceedings.

According to Tuason, a few adjustments have been made. Round 3’s Qualifying Time Trial will be held a day in advance on October 26. This will make room for the resumption of Round 2’s 2nd race which will be held in the morning of October 27. Meanwhile, Round 3’s races will follow right after with DOUBLE POINTS to be award to the top winners. Tuason, on behalf of all the teams, drivers, and everyone, expects the weather to be of the most desired condition come the 3rd round which will still take place at the Clark International Speedway. 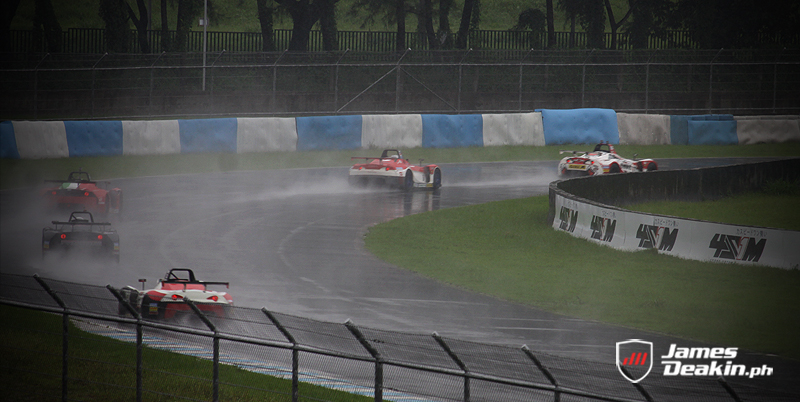 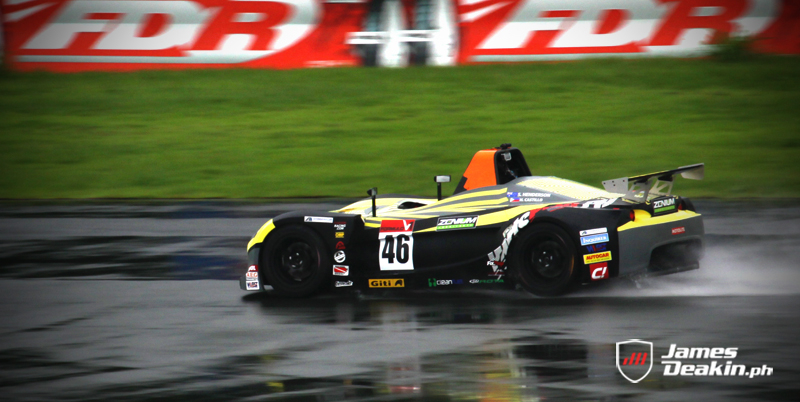 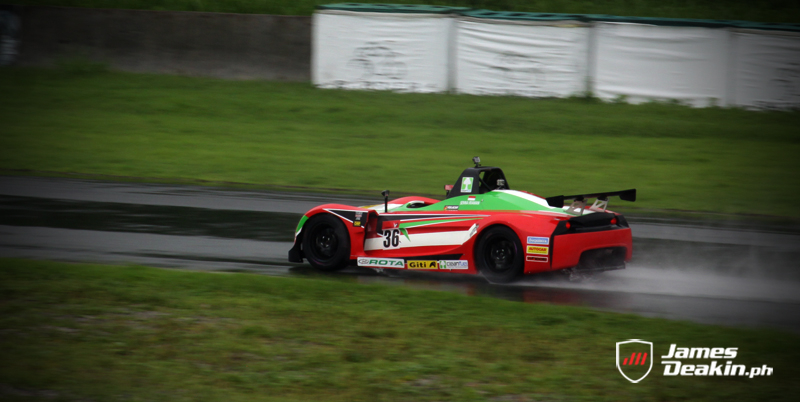 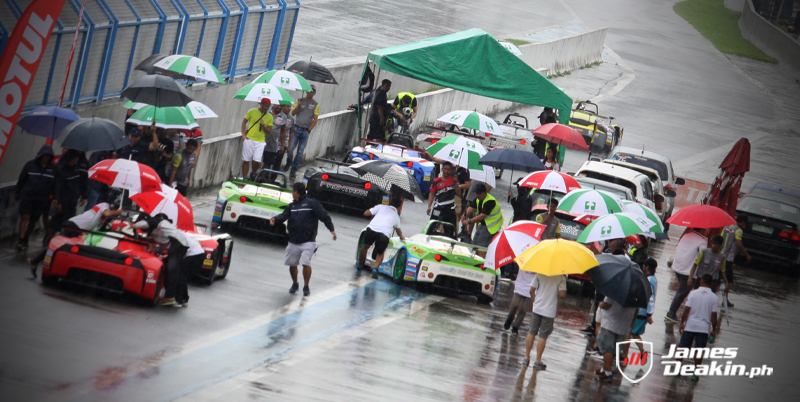 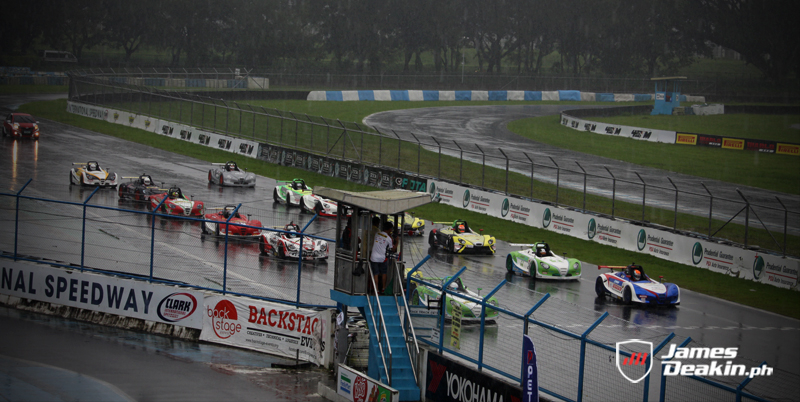 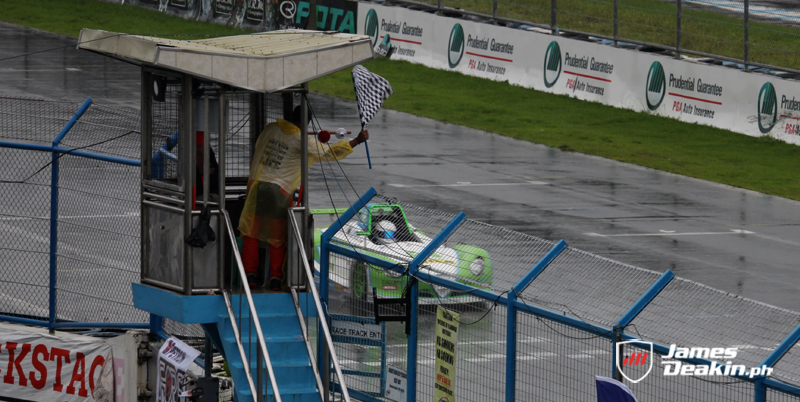