It all began around three years ago when Rolls-Royce announced that it would be building a "high-sided vehicle" that would be Effortless Everywhere. After all the tests, teasers, and the like, the Rolls-Royce of SUVs is finally here. Enter the Rolls-Royce Cullinan.

While it does dub it as the Rolls-Royce of SUVs, the British luxury carmaker still refuses to call it that. Instead, it christens it as an "all terrain high-bodied car". Named after the largest single piece diamond ever discovered, the Cullinan takes the traditional luxury SUV and adds a touch of Rolls-Royce to the mix.

Take the front end, which is clearly a Rolls with the large grille and the Spirit of Ecstasy. Then there is the rear hatch--a first for the brand. Called The Clasp at the Home of Rolls-Royce, it can be operated by a press of a button and takes inspiration from the time when luggage was placed outside the vehicle, instead of inside.

Of course, the cabin is where the Rolls-Royce touch is most evident. Clients can choose between The Lounge Seat--a traditional bench that seats three abreast-- or, Individual Seats. The latter is more to most Rolls customers' liking as it not only offers two individual rear seats but a center console with a drinks holder, champagne flutes, whisky glasses, and a refrigerator. 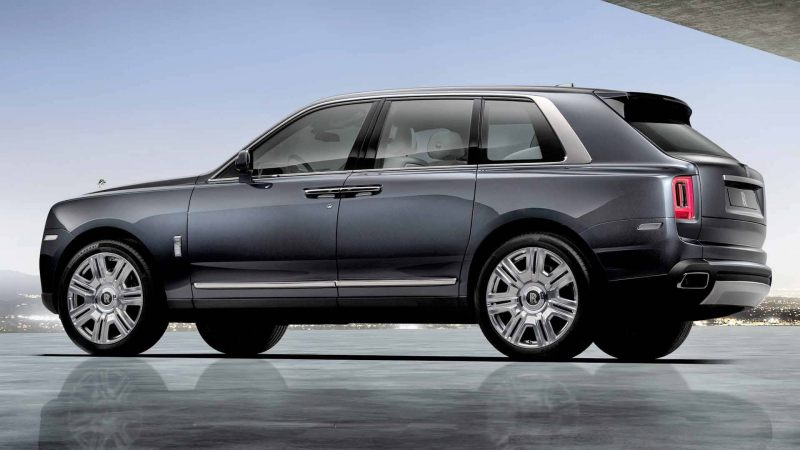 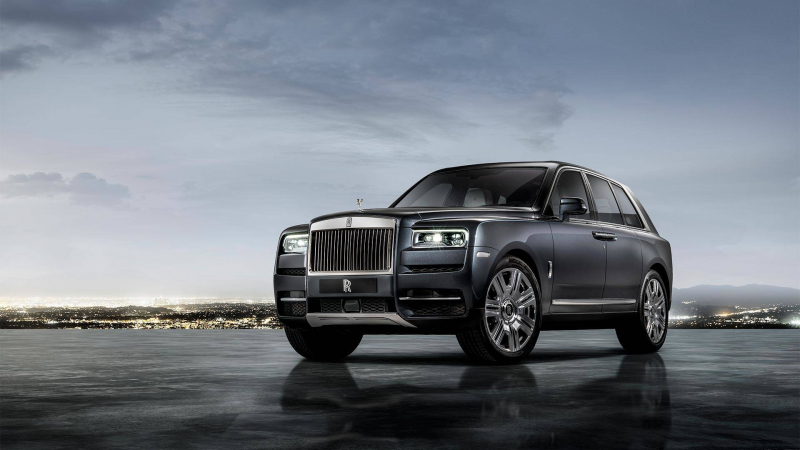 While the cabin can definitely be tailored to suit each customer's preference via Bespoke Design, the driver still gets a ventilated seat with either heating or cooling. Digital displays (another first for Rolls-Royce) adorn the instrument cluster and center console. And the Off-Road button on the center console opens up a world of off-road pssiblities. In true Rolls-Royce fasion, a Spirit of Ecstasy controller manipulates that touchscreen display up front.

Despite the badge, this is still an SUV no matter what the folks at Goodwood call it. So it gets 560L of cargo space with the seats up. This can be further expanded to 1930L by power-folding those rear seats. perfect for bringing home pieces of artwork or the like. Speaking of rear seats, The Viewing Suite allows owners to view the world right from the comfort of their Cullinan's tailgate.

Powering the new Rolls-Royce is the familiar 6.75-liter bi-turbo V12 that puts out 563hp and 850Nm or torque. All that grunt is sent to the drive wheels via all-wheel drive with all-wheel steering. Underpinned by the new Archtecture of Luxury, it uses a revised air suspension system that even utlizes a camera mounted in the widshield. This allows the system to study the terrain ahead and adjust the suspension settings accordingly. After all, Rolls-Royce wants the Cullinan to return a Magic Carpet Ride no matter what the terrain.

Yes, the Rolls-Royce of SUVs has arrived. 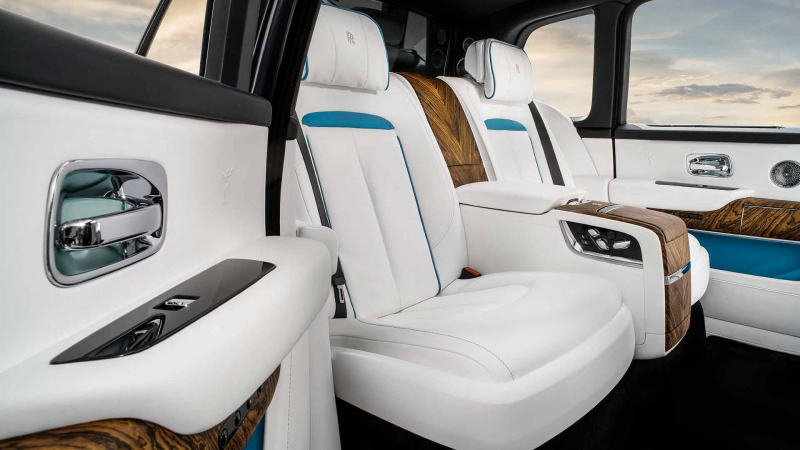 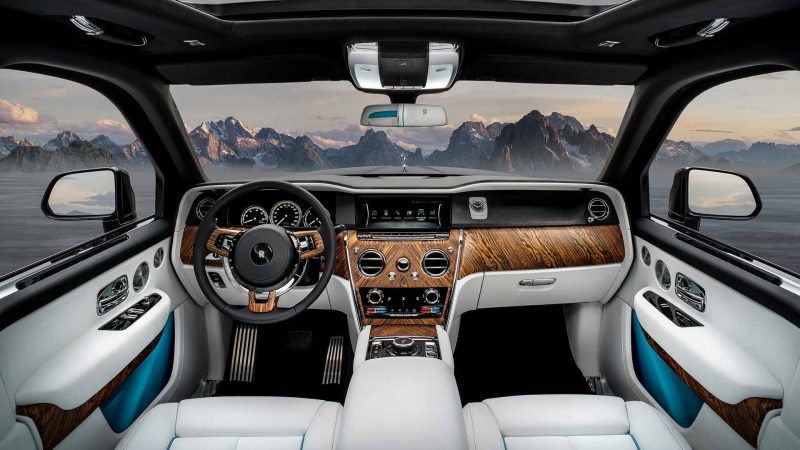 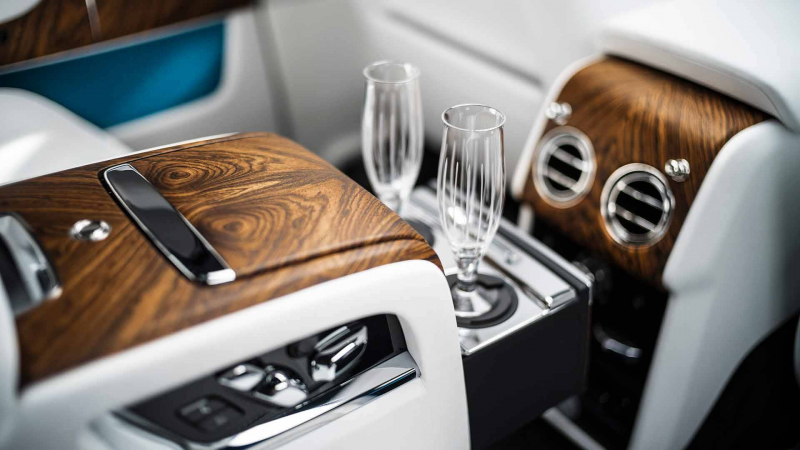 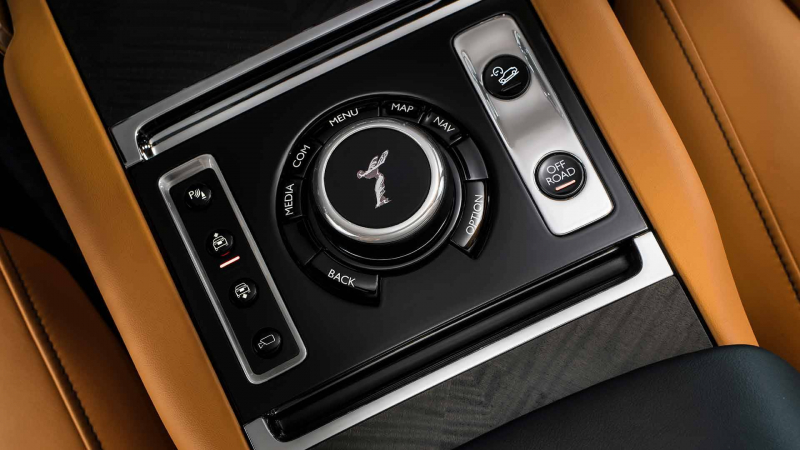 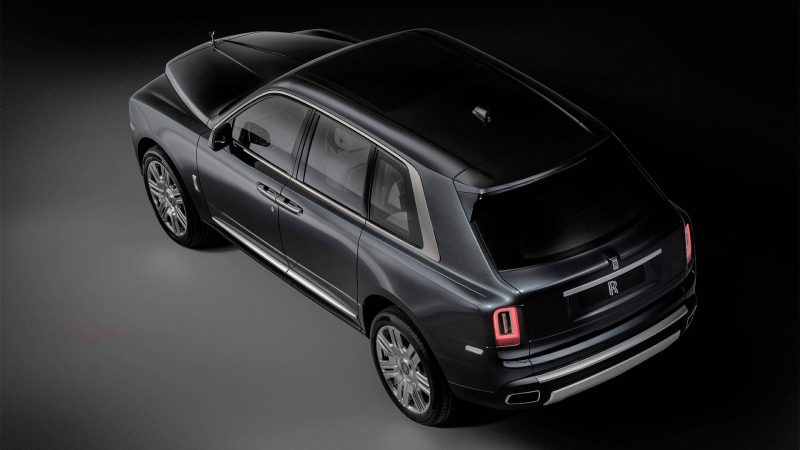