Are you ready for an electric Maserati?

This is the mission of Italian luxury carmaker Maserati.

Yet despite being associated with supercar maker Ferrari, the marque is now set to embrace the new automotive age as it recently announced plans to go electric.

Yes, Maserati will be introducing a slew of hybrid and fully-electric offerings beginning in 2020.

The first model in this product offensive is a hybrid version of the Ghibli.

Think of it as an appetizer for the whole electrification menu

This would be followed by an electric sports car that could take its cue from the Alfieri concept.

Other models in the pipeline are an electrified Levante, as well as new generations of the GranTurismo, GranCabrio, and the Quatroporte—most likely with either hybrid or fully electric variants.

As if this isn’t shocking enough (no pun intended), the brand with the Trident badge is also bent on fielding an updated version of its Highway Assist 2 system.

This is a driver aid that will pilot the car on those long drives.

Soon after, Maserati announced that it will upgrade the tech to enable its cars to perform such tasks as change lanes, pull over to the side, and bring the car to a stop—especially helpful when the system detects that the driver is unable to drive for himself.

Purists may scoff at all this.

Yet Maserati is dead serious, even investing some 5 billion euros for this undertaking.

And with other carmakers going the electrified route, it seems wise for the Trident to play the game lest it be left behind in the dust.

Question is, are you ready for an electric Maserati? 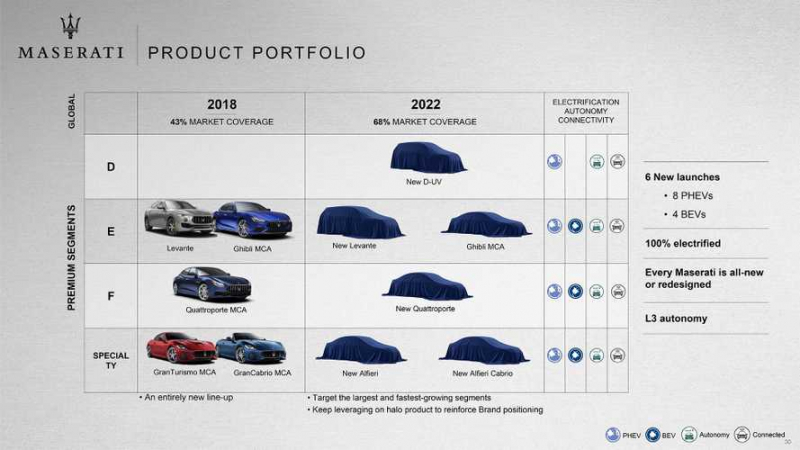