Airbags have become standard fare for most vehicles today. Even a mini-compact such as the Mitsubishi Mirage now has this life-saving device fitted on its top-spec GLS variant. Yet many of us know that this wasn’t always the case, as airbags once belonged to the exclusive realm of luxury cars such as Mercedes-Benz.

In fact, Mercedes-Benz developed the invention as early as 1966, with the patent (patent specifications document No. DE 21 52 902 C2) being registered in 1971. It was the first automaker to fit the driver’s side airbag in the W126 model of the S-Class back in 1981. This was soon followed by the front passenger airbag in 1988 when it was offered as an option on the S-Class sedan and coupe. And since then, side airbags and window airbags also entered the scene, with the last one arriving in 1998 on the W210 E-Class.

While the principle of the airbag hasn’t changed much since 1981, technology has allowed car manufacturers to utilize them in other locations within the vehicle. What used to be a piece of kit that occupied the entire glove compartment area (front passenger airbag) has now shrunk to a size that allows it to be used to protect such areas as the driver’s knee and even the thorax and pelvis. 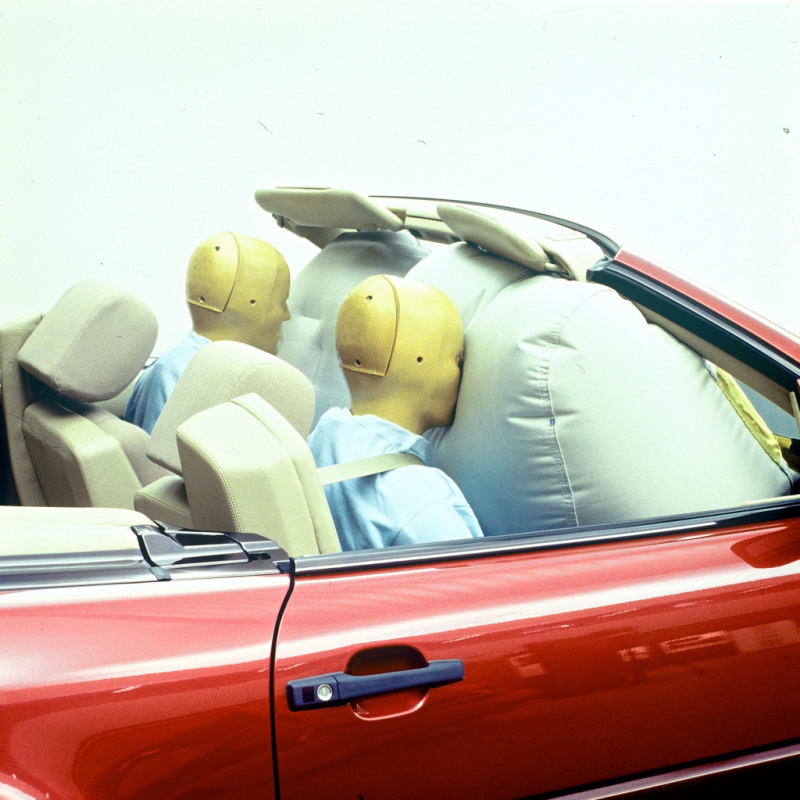 And thirty years after the front passenger airbag’s debut and 20 years since the window bag celebrated its world premiere, Mercedes-Ben and all other car manufacturers remind us that airbags are not meant to replace the seatbelt. On the contrary, the two are meant to work together to help save lives. With the occupant firmly strapped in place, the airbag is merely there to cushion the impact should a severe collision occur.

So in the end, it is still best to buckle up for safety. And should anything go wrong, it’s nice to know that you’ve got an extra cushion of safety—literally. 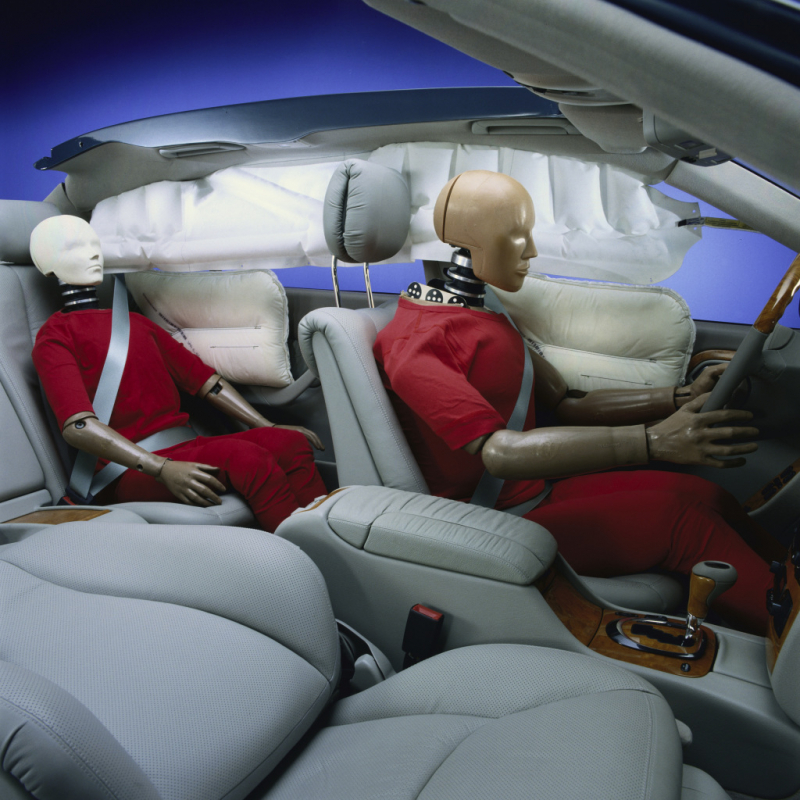