Car aficionados and toy collectors alike will know that the Volkswagen Group seems to have a liking for Lego. Case in point are builds like the Bugatti Chiron, the Porsche 911 and the 911 GT3 RS, nad of course, the Volkswagen Beetle ant T1 Transporter. Now, VW adds yet another Lego replica to this list: the T2 Transporter Camper Van.

Measuring 5m long and 2m high, the 700kg Lego build is a life-sized model of the esteemed van from the 1960s. It was built by Rene Hoffmeister and Pascal Lenhard using some 400,000 Lego blocks over the course of six weeks. The result is a van that is practically identical to the real thing.

From the outside, all the details of the actual VW van are present, including a sliding door. Just like the van itself, this one has a pop-up roof for when you go camping.  Step inside, however, and you’ll be treated to amenities like a 1960s radio, as well as bright green seating and an orange ceiling. The centerpiece of this interior, though, is arguably the kitchenette. And yes, all these are made out of Lego blocks.

The Volkswagen Lego T2 Transporter Camper Van is on display now at the F.re.e  Leisure and Travel Fair in Munich, Germany. 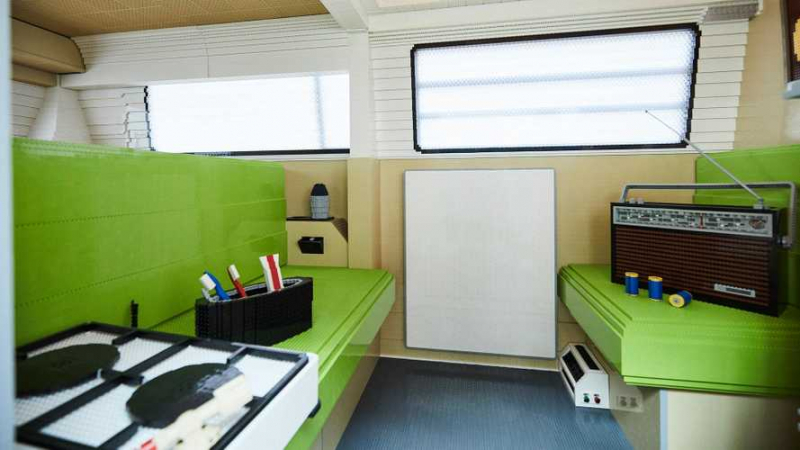 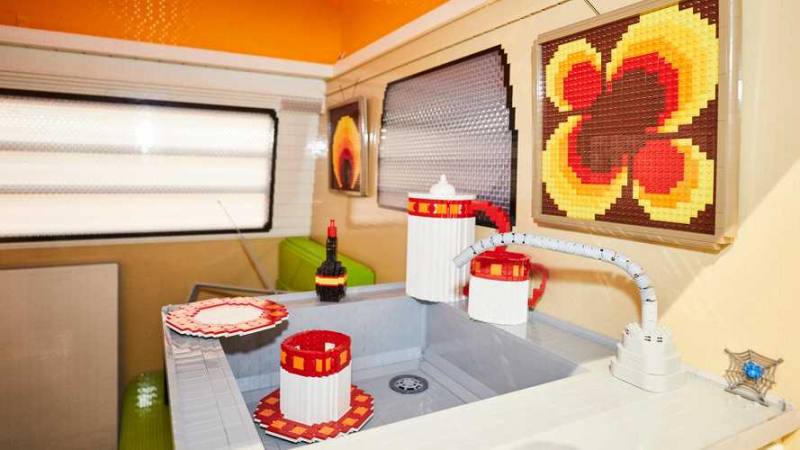 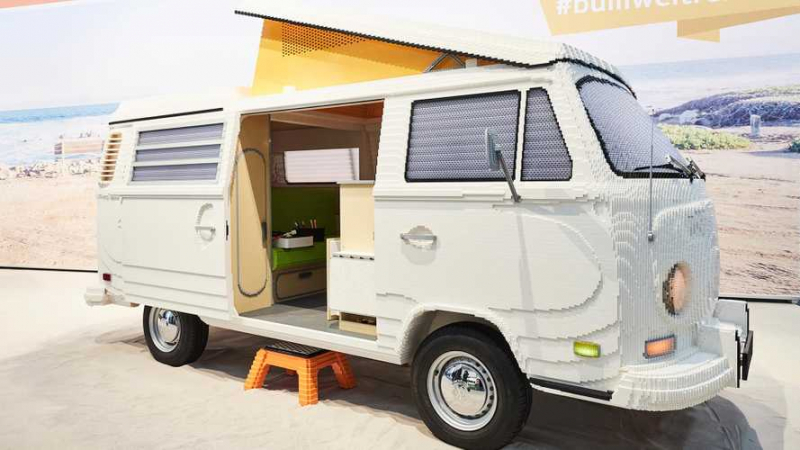