REUTERS--With Mercedes continuing to dominate Formula 1, there a danger the season could be over by the time it reaches Singapore in September. How can marketers keep high levels of engagement when faced with a series that can sometimes be a foregone conclusion toward the end of the season?

Eight races into the 2019 Formula One season and the competition was sliding into yet another extended Mercedes victory parade. The team bearing the German marque had topped every single podium from Melbourne to Marseille – from the season-starting Australian Grand Prix to the French Grand Prix at Circuit Paul Ricard.

Through a mixture of superb driving, superior tactics and good fortune, as well as a jury decision that denied Sebastian Vettel a Ferrari victory in Montreal, Mercedes have jumped to a sizeable lead in the constructors’ championship while Lewis Hamilton looks destined for a fourth straight – and an overall sixth – drivers’ crown. Throw in the wins from the final two races of the previous season and it was already 10 races since a team other than Mercedes won a race.

Given Mercedes’ dominance, the season could conceivably be over before it reaches Singapore – the 15th of a 21-stop season – in September. But the result in Austria, where a pair of 21-year-olds took over the limelight and fought out a thrilling final few laps, gave the competition the shot in the arm it much needed.

An infringement during Qualifying saw Hamilton ceding pole to Charles Leclerc and handing the young Monegasque the opportunity to exorcise the demons of a squandered race victory in Bahrain three months earlier.

But it was a fired-up Max Verstappen, driving on Red Bull’s home circuit, that took the chequered flag, albeit via an aggressive passing move on Leclerc two laps from the end which needed three hours of deliberations before the stewards upheld the win.

The result would have brought a sigh of relief for the organisers and promoters of most of the upcoming races as they hope a tighter competition would draw more fans to their races. But in many ways, this is not as great a concern for the Singapore Grand Prix as it heads into its 12th edition this year.

For Michael Roche, executive director of Singapore Grand Prix Pte Ltd, the challenge for Singapore has always been about creating an experience for everyone beyond just the racing. 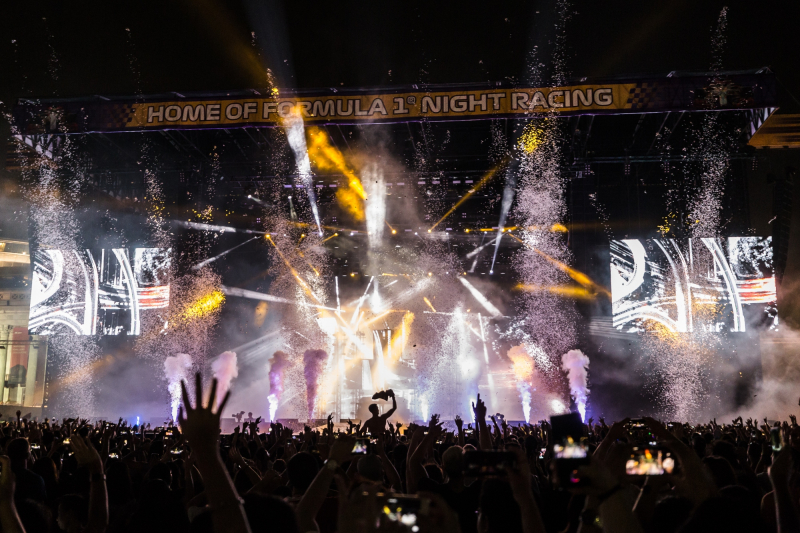 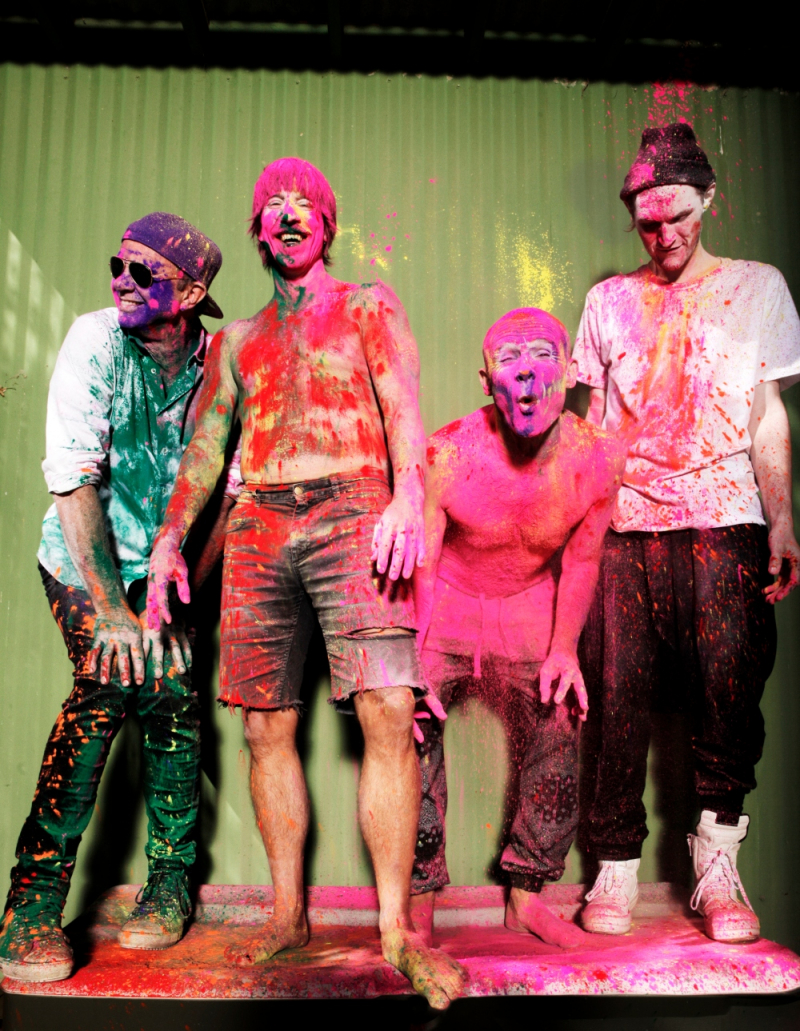 “We have seen in prior years where one team has been dominant and it has had a little effect on the attendance numbers at the Singapore Grand Prix,” he said.

“As long as the entertainment acts are right and Singapore can get the marketing right and sell itself right, it’s still an experience and an adventure.

“For a lot of the fans coming down, it will be their only Formula One race of the year and they’re there for the experience, excitement and action than perhaps for the Formula One.”

The Safety Car has made its appearance in every single race since 2008 and teams are constantly kept on the alert with premium place on tactical nous.

Making the Grand Prix a success has been a dynamic and evolving process, from deciding how many seats to designing the best hospitality and entertainment experience. It was no accident that Roche’s first hire was a food and beverage director.

“We had a history in events and feeding people was very important,” said Roche. “From the start, we told Bernie (Ecclestone) that we want to run all the hospitality, and we try to over-deliver on every price point.

“Each pop-up restaurant at the Paddock Club we set up averages 10,000 plates a day. So that’s 30,000 plates for Nobu, Rockpool or Como Cuisine… and that’s on top of all the other hospitality.

“Our group is very diverse and tapped into the top chefs and hotels, and we have an event that could bring all of our business together (to provide a great experience).” This year’s designer dining line-up includes The Hind’s Head by Heston Blumenthal, NOBU by Chef Nobu Matsuhisa, Rockpool by Neil Perry, COMO Dempsey and Tarte by Cheryl Koh.

Walton noted that the combination of entertainment and Formula One action in Singapore is quite unique and has contributed greatly to the attendance figures continuing to stay high, and no matter how the racing is going.

“Singapore has managed every year to keep those attendances high with a very carefully curated mix of entertainment activities and this is something that many other Formula One races are starting to look at how to create the same kind of “X factor” for their event,” he said.

Reinvention has been the key for Roche, who noted that the arrival of new F1 owners Liberty Media has been refreshing. “Liberty have done a refresh of brand and gave us access to much more things,” he said, noting the move into digital media. Before, we were spending too much money in traditional advertising and marketing. But working with new media means we can engage the younger demographic and that helps us enormously.”

The challenge remains to continue putting on a better show each year and not be complacent.

“The minute you deliver what you deliver last year, even if it was wonderful and everybody’s gushing about it, you’re finished, because they’d say you’re not as good as last year, so you have to change it  up all the time,” said Roche. 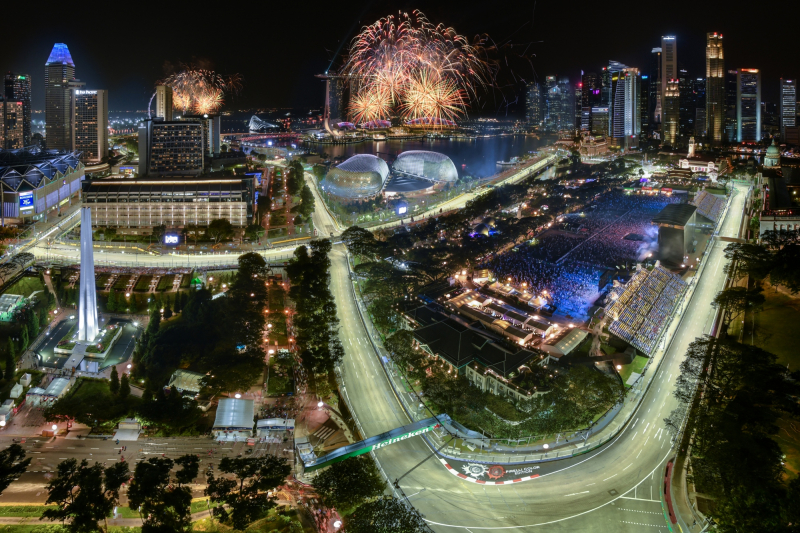 And that remains the approach after hosting 11 editions of the Formula 1 Singapore Grand Prix without having put a step wrong. This year, Singapore Grand Prix introduced The Cube, a race and VIP concert experience which gives fans prime views of the headlining concerts at the Padang Stage on an elevated triple-level viewing deck. There is also the all-new Upper Deck at the Singapore Formula 1 Paddock Club which provides trackside viewing from the upper level of Boardwalk while guests can indulge in the delectable line-up of haute cuisine. Twenty3, a cutting-edge 3,000sqm hospitality facility overlooking the final corner of the Marina Bay Street Circuit, will take its tantalising mix of Michelin-starred cuisine to the next level with three new restaurants, a whisky-themed speakeasy and a swanky two-storey Apex Lounge nightclub.