Breaking down the costs of the 'grossly overpriced' PNP jeeps

Last week, a news story broke out about the delivery of the 'grossly overpriced' Kia KC2700 police Jeeps that were sold for 1.9 million pesos each. Furious netizens questioned the price, many claiming that it was at least double what it was worth. Within 24 hours, it went viral, and in typical social media fashion, brought out the cyber-boxers and started an online frenzy that threatens to challenge the Pacquiao/Mayweather result for national attention. 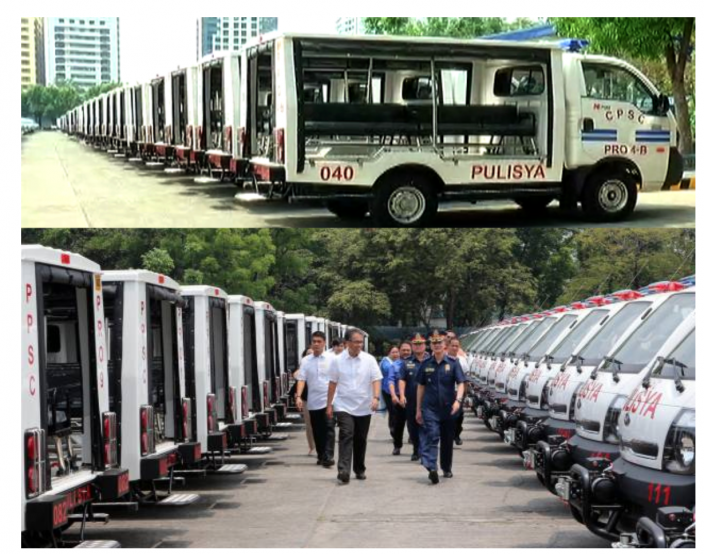 But just how bad is it? Well, on the surface, its bad. Real bad. And so are many of the comments. One Internet warrior says: "Dinaig ang magagandang sasakyan sa mahal ah! Ano ba makina nyan gold? 1.4M ang binulsa 500k lang ang binili, pero my discount pa yun hahaha!!! Mga hayop TAX namin yan!!!"(It even beats all the other expensive cars! Is this/the engine made out of gold? You pocket 1.4M, when you only buy it for 500k, even with a discount!! You animals, that's our TAX money right there)

Harsh. Sure. But how can you blame them? As some have pointed out: “You just need to look at the price of a top of the line SUV like a Trailblazer at under 1.8M or the Subaru Forester, to know we’ve been duped.”

“To think that the Kia is nowhere near as good as an FJ Cruiser for the same price” another angry netizen added.

The allegations of overpricing vary. I’ve seen anywhere from 800,000-1.3 million. But if there was anything that the articles or Internet memes did have in common, was that none had actually gotten the breakdown of costs. So I did the unthinkable and called the supplier and asked them to break it down for me.

Here's what they sent:

So yes, on the surface, it does seem outrageously overpriced. Especially when judging from a grainy photo or meme that just shows the noses of all the cars. But after seeing the breakdown, and considering all the PNP requirements, cost of money etc, personally, it seems to me that while the PNP may not have gotten the deal of the century, it is not entirely unjustifiable.

Some questioned the maintenance cost and cost of money, and felt that the flooring and body cost were bloated. Myself included. So I called one of the competitors that lost the bid through disqualification, and asked them about the 300,000 peso ‘body cost’ He paused for a moment and then said, “Yes, that sounds about right.” Now I’ve never built a body for the back of a KC2700, but coming from a competitor, that speaks volumes.

Then there’s the maintenance and cost of money. I’m also no businessman, but cost of money seems to me as real as any other tangible cost. Ask anyone who runs a business that needs to wait 90 days to get paid and they’ll tell you. And 60,000 pesos for one year maintenance? Well, when you consider that Lifeline Ambulance spend an average of 25,000 per month per ambulance (excluding fuel, tires and batteries) that sounds very reasonable.

End of the day, it is not my job to justify it or make a case for either party, but to do my very best to present to you enough facts for you to make your own informed opinion––regardless of how little shares, likes and comments it will get by comparison. At least that’s how I was taught to do it before this new form of social currency became so valuable.

Join the conversation below by hitting the comments box