The Hyundai i10 is all grown up now, and it's transformed into a fine little drive.

The previous i10 was basic transportation with a minimum of style. But the entry of the Eon to cater to the really budget-conscious has allowed Hyundai to bump the Grand i10, as it's now called, up a rung on the ladder.

Our tester was a top-of-the-line Golden Orange 1.2 L version with a four-speed automatic. You can get this trim level with the 1.0 liter three-cylinder as well.

The car is certainly isn't bad to look at. While it doesn't quite have the playful, adventurous lines of the Eon, it is well-proportioned, modern, and blessed with enough interesting details. I especially like the front fascia and the neat angular rub strip along the doors. Only the view from the dead rear is a tad prosaic.

There's more style once you open the door. The plastics on the dash and doors may be hard to the touch but their matte finish oozes class. Touches of orange inject cheer into what would've been a dull gray interior. However, the orange reaches all the way to the air vents on the sides and this causes some glare into the side mirrors on sunny days.

The instrumentation is simple and clean, as are the knobs and switches. The steering wheel is a meaty affair with thumb rests at ten and two o'clock, a very nice touch.

Hyundai has also gotten the seats right. They are large, very well-bolstered, and covered in fabric that looks durable. A huge plus over the undersized thrones on the Toyota Wigo, a key competitor. The Grand i10's seats also adjust for height.

Props as well to the several cubbyholes and storage bins scattered all over the interior. I especially like the tray underneath the passenger seat and the extra-deep center cup holder that can easily accommodate a Starbucks venti without spilling it.

The rear seat has decent room for a car this size, helped by the rear wheels being pushed into the far corners of the car.

The sound system, a two-DIN job that also doubles as the back-up sensor monitor, is nothing to write home about, as the treble tones could be much crisper. However it's probably in line with most offerings at this price point. Another demerit is the USB port, which has been exiled to the glovebox. The center console box seems to be a more logical spot for it.

But how does the Grand i10 perform once you take the wheel? Very well indeed, thank you.

Ride quality is not at Lexus levels, but nobody expects that. Instead the i10's suspension, MacPherson struts in front and a coupled torsion beam axle in the back, smoothens out most road imperfections well.

The engine produces 87 horsepower at 6000 rpm. It's mated to a transmission that, in my opinion, is an absolute star. Blip the throttle and the gearbox gets the message fast, instantly dropping down a gear and offering a dollop of acceleration just when you need it. Maximum torque (12.2 kg-m) comes at 4000 rpm, but there's plenty of twist at 2500 rpm already. Best of all, the oomph is paired with a muscular, throaty exhaust note that will appeal to enthusiast drivers.

There's a manual shift mode as well, with a plus and minus on the lower part of the shift boot. You can access this mode by sliding the lever over to the left while in “D.” But with the transmission's inherent eagerness to downshift, this feature almost seems superfluous.

Braking is also a strong suit. The front discs and rear drums do a fine job of retarding motion with little fuss.

The only thing that lets the side down is the steering. It's too disconnected from the road. It seems like a hundred tiny Christmas elves are inside the wheel helping you turn at parking speeds, which is okay. However, the said creatures do not make themselves scarce quickly enough as speeds increase.

While taking on curves at Daang Hari at around 60 km/h there is still too much play in the wheel to inspire confidence. It's only at around 100 km/h that the steering effort becomes suitably firm.

If the Grand i10 can give the feel at 100 km/h as early as 60 km/h, then this Hyundai becomes a much more engaging proposition for spirited motoring.

It's a shame because the Grand i10 really does handle well. There's precious little body lean and the suspension tuning allows all four Nexen 165/65 R14 tires to stay planted on the asphalt on corners. The car never drives like a low-rent econobox, but instead gives the feel of something bigger and more substantial at speed.

Will the Grand i10 succeed? For certain it plays in a very tough neighborhood. The Mitsubishi Mirage has been a runaway best-seller for the three-diamond crew, and the Wigo, and Kia Picanto are also threats. The new Suzuki Swift 1.2, which can be had with a manual for as low as P608,000, must also have the Grand i10 in its crosshairs. Our tester came with a price tag of P728,000, which is within range of its bigger brother, the Accent. The Grand i10 does, however, start at P538,000 for the base E model. 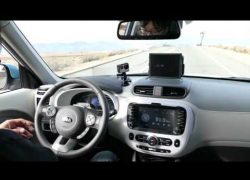 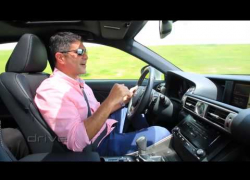 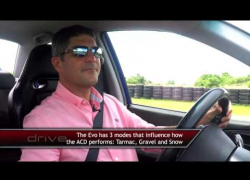 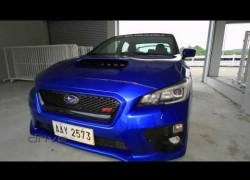 Bob Guerrero
Bob Guerrero is a sportscaster with ABS-CBN and a sportswriter with Yahoo! Philippines.