Caltex braves the storms of 2018

Caltex posts steady retail growth with a sound 29 Caltex stations which opened in 2018 alone. This Caltex station along Antero Soriano Highway in Gen. Trias, Cavite is one of 29 and a testament to Caltex’s commitment to bring the unbeatable cleaning power of Techron to Filipinos nationwide.

The year 2018 may have been a trying tme for businesses involved in fuels and lubricants. The recent implementation of the Tax Reform for Acceleration and Inclusion (TRAIN) Law has raised pump prices, threatening to put a damper on sales. Yet companies like Caltex have braved the storm and even come out stronger.

This can be seen n the fuel company’s continued growth. Its Philippine distributor, Chevron Philippines Inc, says that new stations have been set up in various parts of the country. The new sites can be found in major areas in Luzon, Visayas, Palawan, and Mindanao. This just shows that Caltex is serious about reaching out to more Filipinos.

By the same token, these new filling stations not only bring fuels and lubricants but retail and food outlets as well. Each Caltex station has a host of shops that complement consumers’ needs to fill up their rides as well as their own tummies. It’s a total experience uder one roof.

And while there are challenges that need to be hurdled in the coming year, Caltex is confident that it will weather the storm and even come out on top in the months ahead. 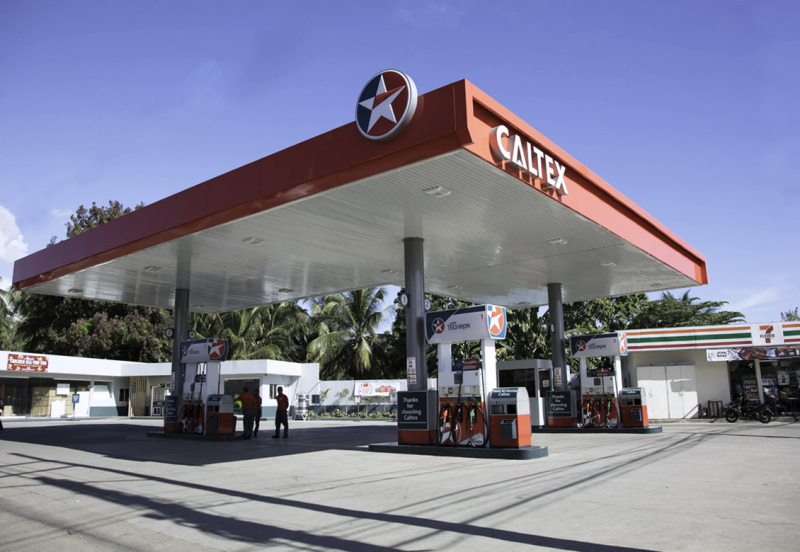 Caltex posts steady retail growth with a sound 29 Caltex stations which opened in 2018 alone. This Caltex station along Toledo-Manipis Rd., Lagtang in Talisay City, Cebu is one of 29 and a testament to Caltex’s commitment to bring the unbeatable cleaning power of Techron to Filipinos nationwide.