It’s no secret that Manila traffic has become legendary—and not in a good way. A study by the Boston Consulting Group reveals that Manila residents spend an average of 66 minutes each day in gridlock. And other Asian cities like Bangkok and Hanoi are not far off, at 72 and 58 minutes, respectively.

Of course, anyone who has been stuck in horrendous traffic will know that it isn’t just about sitting idle and wasting the time away that can take its toll. Besides the time, wasted resources such as fuel and even time that should have been spent working are lost. And yes, studies also reveal that such situations can have adverse effects on one’s mental health due to factors such as boredom and the like.

Fret not, however, as Ford Philippines may just have a solution to the problem. No, the Blue Oval has not come up with a traffic remedy but rather, an infotainment system known as Sync 3. Using the magic of technology, Sync 3 allows users to take back the productivity lost during traffic by allowing them to perform a host of functions and tasks.

You can, for instance, turn those daily commutes into study sessions. Using your smartphone, simply load an audiobook or two and play it back while stuck in traffic. This way, you can easily learn a new skill or language.

This can also be the perfect time to reply to those calls or texts that you’ve missed because of your busy schedule. Both can be done hands-free, thanks to Apple CarPlay and Android Auto that easily syncs your phone with the car’s infotainment system. All you need to do is use voice commands and you’re good to go.

AppLink, meanwhile, allows you to use your favorite mobile apps to search for places of interest, negate to yur destination, or the like—all using your voice. This will allow you to keep in touch and stay productive without fear that you’ll be breaking the Anti-Distracted Driving Low.

And speaking of suing your voice, why not sing the time away while idling away in traffic? Load your favorite music tracks and turn your car into a mobile karaoke lounge. Sure, you may run the risk of looking silly in the eyes of other motorists. But hey, it’s a great stress-buster!

Yes, Ford’s Sync 3 is your friendly companion on the road. And it will surely come in handy in fighting the traffic blues. 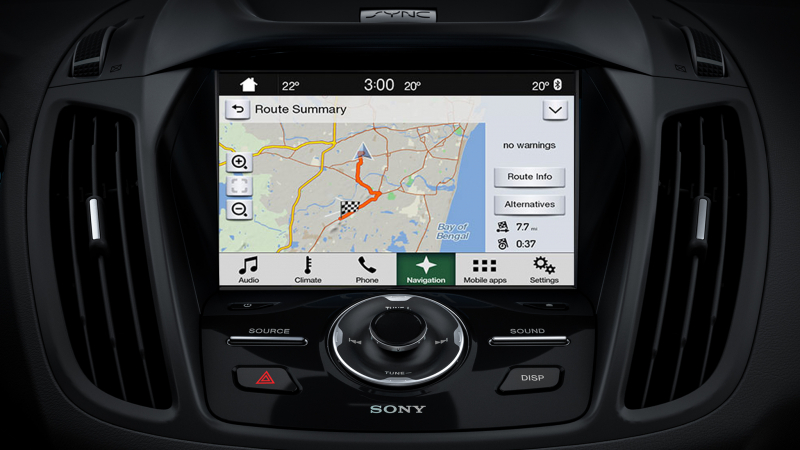