As we move closer to the age of autonomous mobility, the fact remains that more than a few people are still wary about sharing the road with such vehicles. Studies reveal that some 41 percent of drivers and pedestrians still don’t trust self-driving cars. Jaguar Land Rover, however, hopes to change this perception by utilizing technology to increase trust among road users.

The system uses a set of projected lines that show other road users the future intentions of a self-driving pod. The trial conducted on a simulated street scene in Coventry involves fitting a transport pod with “projector eyes” that not only help the pod see what’s ahead but likewise tell others what it intends to do next.

While the pod is in motion, for instance, drivers of other vehicles or pedestrians will see a series of lines projected onto the road right in front of the autonomous vehicle. As the self-driven vehicle slows down, the distance between the lines decreases, eventually becoming compressed as it comes to a complete stop. The space between the lines will then incease, signaling that it is once again moving and accelerating. As for turning, this will be shown by the left or right movement of the lines.

Of course, this projected image is just the beginning. Jaguar Land Rover says that in the future, images could include obstacles detected along the road ahead or travel updates, a la Facebook status on the road. Moreover, all these tie in with JLR’s current crop of safety gear such as adaptive cruise control, blond spot detection, and the like.

While all this sounds promising, it remains as merely an experiment done at JLR’s Future Mobility facility. Still, it shows that autonomous vehicles might just be more trustworthy than so-called drivers plying our roads today. Just saying. 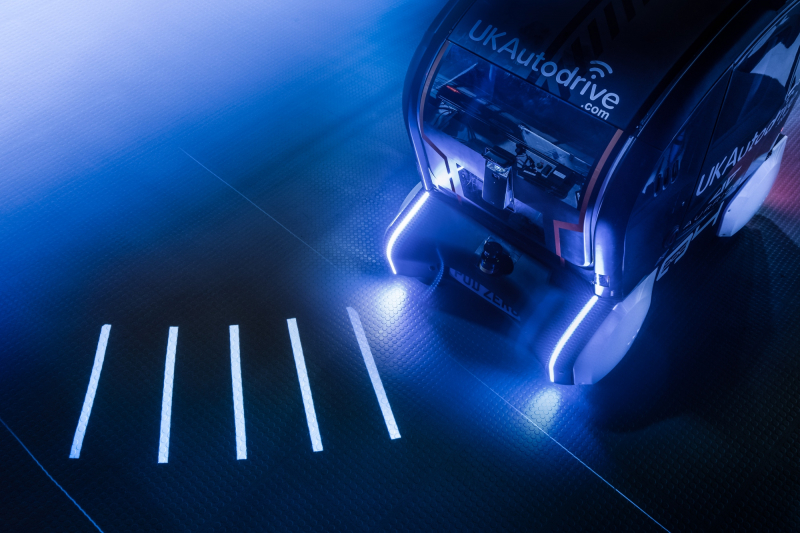