This year’s FIA F4 Chinese Championship saw Pinnacle Motorsport facing a rough start. The Cebu Pacific Air- and P1 Racewear-backed team missed out on the opening round, but needless to say that it made a strong comeback in Round 2, which was held last June 2 and 3 at the Zhuhai International Circuit (ZIC).

Case in point, the team bagged 2 podium finishes during the race weekend, all thanks to Jordan Dempsey, the team’s new recruit.

In review, the 18-year-old Irishman was absorbed into the team with a notable 2017 Motorsport Ireland Young Driver of the Year under his belt, and a solid racing stint at Formula Ford the year prior. In addition, he also bagged top honors as a rookie karter during the 2015 Ginetta Junior Ireland series.

With these in mind, Dempsey pushed through with a fierce start in Saturday’s Race 1. Starting in 4th place, he managed to move a notch to 3rd during the opening laps. However, he was forced to retire on Lap 6 due to fuel system problems.

Despite this incident, Dempsey soldiered on during Sunday’s race 2. Due to the reversed starting grid rule, he began the race in 9th place. He gained positions lap after lap, until he reached 2nd place. However, he came into contact with an opponent during the closing stages. This dropped him down to 3rd, but he pressed on, gaining back 2nd place just in time for chequered flag.

Get ready for action again as the 2018 FIA F4 Chinese Championship heads to the Chengdu International Circuit for its 3rd round on July 22 and 23. 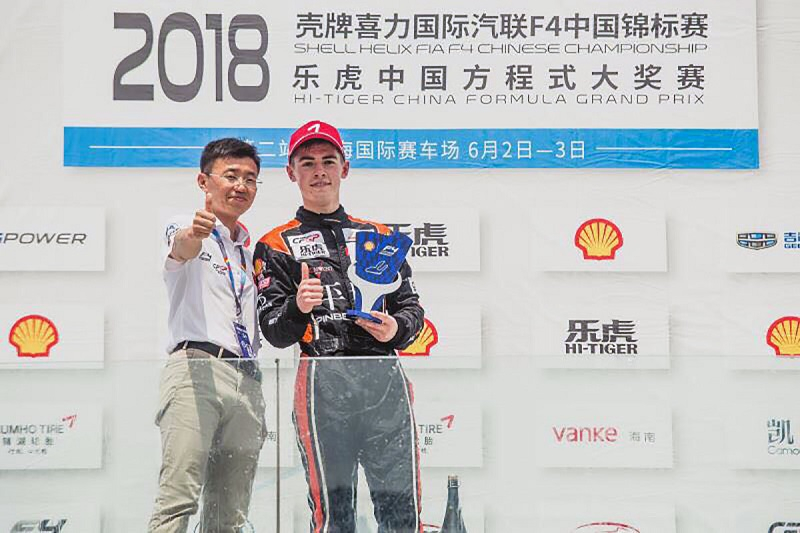