From virtual to reality. That was the tag line of Nissan Philippines’ GT Academy when it first launched its program back in March of this year, in the hope of selling us on the ridiculous idea of using a video game play-off to find the next international Filipino racing sensation. The idea being that if YouTube could do it for Charice, Arnel and countless others, why couldn’t Playstation do it for the next Marlon Stockinger, or heck, Lewis Hamilton?

At least that was the plan. Audacious? Yes. But according to Nissan GT Academy, 75,000 people across five countries bought into it, which is quite impressive indeed. But let’s be perfectly honest, shall we? 75,000 people showed up; only a handful of them bought into it. Because if the truth be told, after speaking with the first batch of contestants, there was really nothing real about it; it was, as far as they were concerned, quite simply, just another gimmick by a manufacturer to sell more cars––hop in, hop out, get a cap, or another shamelessly branded piece of merchandise, and off to the next shopping centre promo.

Even our very own GT Academy Asia champ, Joward Policarpio, admitted to me that he never thought it would be anything more than that. It was just a bit of fun. Something his friend convinced him to do to pass the time. Yet there he stood, on the top step of the podium of the birthplace of Formula One as we know it––Silverstone Circuit, home of British motorsport––where Lewis Hamilton had just stepped off less than a month before, trying to make sense of it all as confetti blasted around him, TV crews and photographers jostled for better shots, and international media lined up or elbowed their way in for interviews. 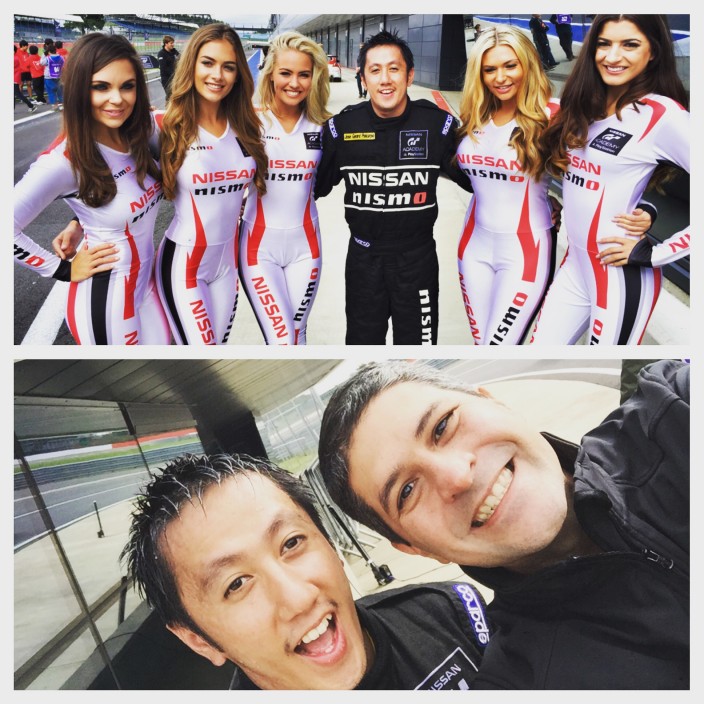 He was still numb from climbing his way from 3rd on the grid in a Nissan 370Z and fending off a very aggressive drive from Team Indonesia in an absolutely gripping wheel to wheel, fender to fender battle that went on a full lap after the checkered flag that not only won him the race, but eventually crowned him the overall GT Academy champion. In fact, it was so surreal that it took him more than an hour or so after the official announcement to call his family to break the news. When asked why, he had no explanation––but it was easy to see that he was simply avoiding the potential pinch to wake him up from all of this.

And who could blame him? Joward Policarpio, son of rally driver Boyet Policarpio, has witnessed first hand the blood, sweat, tears, time, and most of all, money involved to turn a competitive wheel in motorsport in the Philippines. And even then, all for a chance to compete for a shot at being a big fish in a very small pond that most European motorsport teams have trouble pronouncing.

Think about it. As talented as I believe we are in motorsport, who has really broken through on an internationally recognised level? Jovy Marcelo? Marlon Stockinger? Sure. But using those odds, if we break that down per generation, we’re looking at a one in a hundred million chance. Even if you had the financial backing they did.

But thanks to the relentless pestering of Nissan Motor Philippines’ president Toti Zara to include the Philippines in the Nissan GT Academy Asia, Joward Policarpio has beaten those odds, skipped that cue and landed on the doorstep of one of the greatest motorsport training programs money can’t buy and begins training for his professional debut at the 24 hour race at Dubai in January.

It’s the first program of its kind in the Philippines and is the kind of stuff you only ever read about or see in the movies. And I’ll admit, even though I have been exposed to the Nissan GT Academy in other countries, had I not stood there at the foot of the podium on such hallowed ground and seen Joward with my own two eyes and tasted the champagne for myself, I would have also just passed it off as a dream. An impossible dream. But one that I’m thankful that Nissan Philippines dared us to believe could go from virtual to reality. 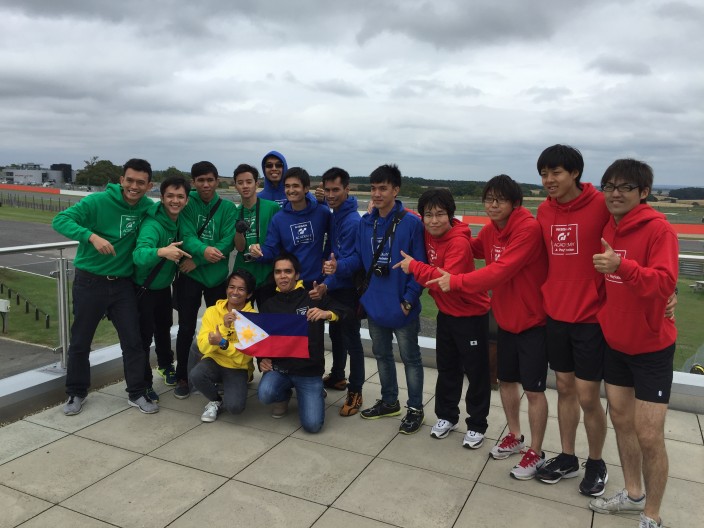