Could the solution to EDSA traffic be removing the MRT?

Last month, August 31 to be exact, I wrote a piece calling for a state of emergency to be declared in Metro Manila, allowing the President to exercise emergency powers that could deploy the military to deal with traffic. I know it sounds radical, but my reasoning was, if there was any other enemy that was costing us 2.4 billion pesos a day, we would throw everything we had at it––right?

Well, I think we can all agree that next to corruption, traffic is currently Metro Manila’s most expensive enemy. And while the chances of the government staging a military coup against itself is somewhere between zero to none, the next best thing is to use the full might of the armed forces to install discipline back on the roads, and clear out all obstructions like illegally parked cars, local beauty pageants and barangay sing-offs etc from every side street around Metro Manila. 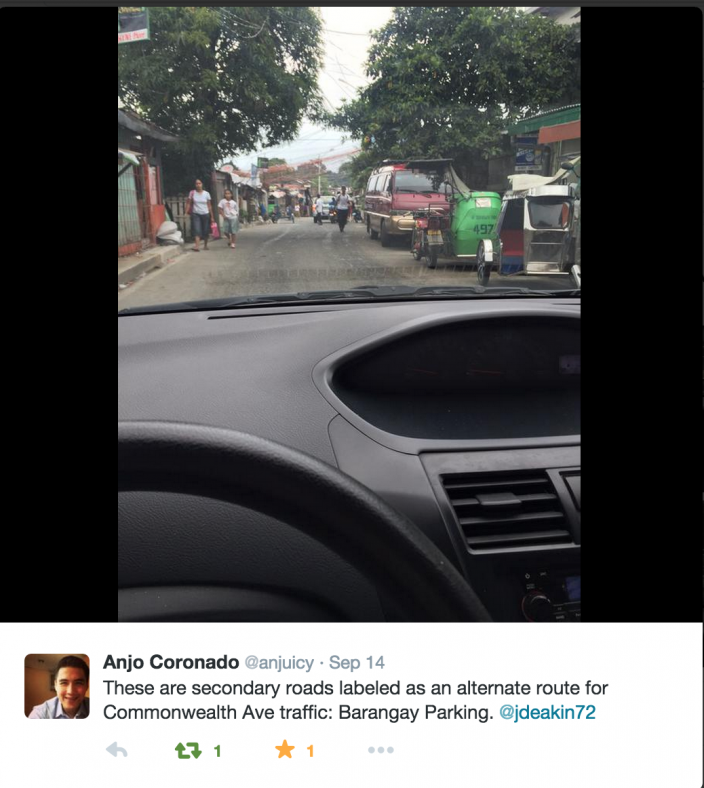 Now I’m sure it was a coincidence, but a day or so after the article was published, the president announced that he had empowered the HPG to take over traffic management on EDSA. Very good indeed. And this week, has also ordered them to begin clearing the side streets from obstructions like vulcanising shops, parked cars, make-shift basketball courts, food stalls and the like. Even betterer.

So while I’m on a phantom roll, kindly allow me to stoke the flames of another solution I’ve been studying.

Regular readers will know from previous columns, podcasts, interviews and general social media rants, that I have been pushing for the proper segregation of buses. Not the passive ones we have now, but a completely dedicated, blocked off lane for them on the inside lanes (the left most lane alongside the MRT) where they can be accessed only by underground walkways, overhead footbridges and dedicated bus stops. 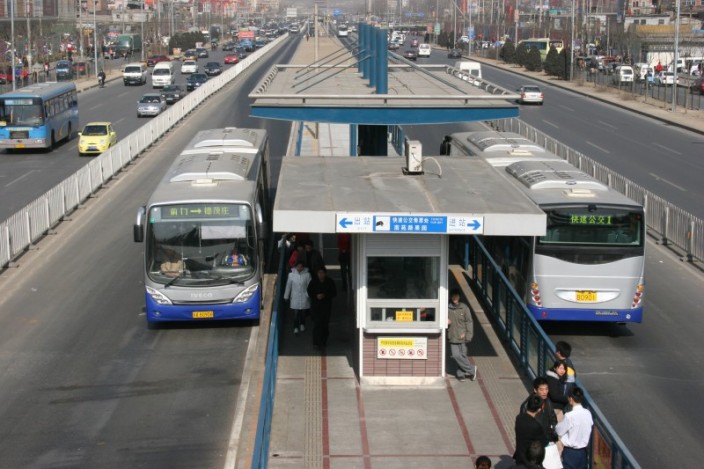 According to the designers, a BRT uses 189 moving parts versus the 2,000 moving parts of an MRT, making it easier and far more cost effectve to maintain.

The basic idea here is, by keeping them in a dedicated lane, whether on rails, overhead wires or traditional tires, you are able to manage all the variables, including stops, loading times, average speeds and the like. And by making them the centre lanes, it now forces commuters to board at the dedicated platforms, which in turn frees up the sidewalks on the right, which can eventually be used for the radical idea of, say, I dunno, pedestrians.

Basically, anyone that is commuting on EDSA would need to get their ride––whether MRT or bus––in the centre lanes, which are once again only accessible only by foot bridges. 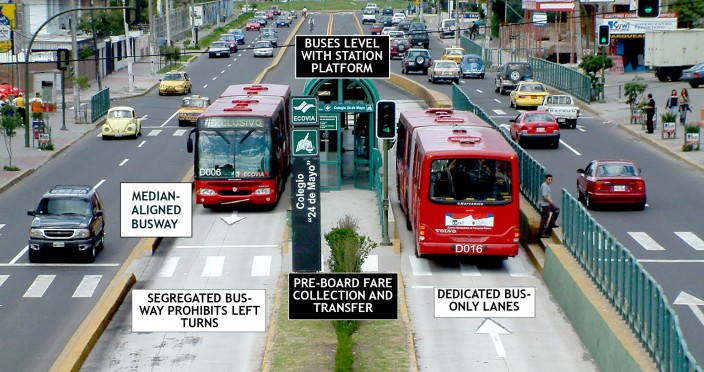 The basic idea of an at grade BRT. Although cities as populated as Manila would still need an overhead pedestrian bridge.

This would leave the other lanes completely free for private cars, motorcycles, trucks and provincial buses––all of which are not allowed to stop on the road for any reason other than an emergency––allowing for a constant, steady flow of traffic that would be free of the current choke points that create a magnified ripple effect that brings traffic down to a grinding halt for kilometres on end.

The only flaw in my plan happens at the conflict points like the Northbound lane where the Buendia flyover feeds in, as well as the Rockwell and Ortigas flyovers, and the southbound lane where it hits Ortigas, as well as the turn off to the airport. So I spoke to a firm that had initially pitched the idea of the Bus Rapid Transit system back in the eighties to talk me through the engineering challenges and see if––quarter of a century on–– there was still any sense in it.

Philtrak president, Francis Yuseco, who had been pitching the exact same idea 25 years ago when EDSA was still a flyover-less road chewed it over and said, “Well it is not as ideal anymore, but it is still doable. Far more doable than building a new Mass transit system.”

But what is not only more doable but in fact ideal, according to Yuseco, is completely decommissioning the MRT and installing the Bus Rapid Transit (BRT) system (or a grammatically correct Rapid Bus Transit system) on the existing elevated tracks of the MRT by removing the tracks and cementing over it, just as they do in Xiamen in China. Sort of like a dedicated skyway solely for buses. 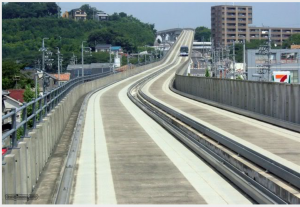 He estimates the total cost per kilometre to be approximately 10 million pesos, or 230 million pesos for the entire stretch of EDSA––or roughly 2 hours worth of losses due to current traffic on any given weekday in lost productivity and wasted fuel. Rehabilitating the bus stops, which would be the existing MRT stations with added escalators and stairways, would be a separate cost of course, but would once again be negligible in comparison to trying to upgrade an imported system that still falls short in terms of capacity.

Yuseco points out that the problem with the MRT (aside from the odd carriage falling from above) is it is not only outrageously expensive to upgrade and operate (with every replacement nut and bolt having to be imported) but even at full capacity is only capable of transporting less than a half million passengers per day. According to a UP Transport study conducted back in 1989, using the same land space, a properly run BRT will not only cost a fraction to operate, but is capable of transporting 6 times as many passengers, while achieving a decongestion factor of 90%.

Applying the model that Yuseco has been pitching, it would take just 388 articulated buses (18 meters long) to replace 4,000 traditional buses. If proven successful, the same system can be duplicated in just about every major road that can dedicate at least a 9 meter width, just like the proposal for C5, which was eventually turned down in favour of the current elevated U turns at the Kalayaan intersection. 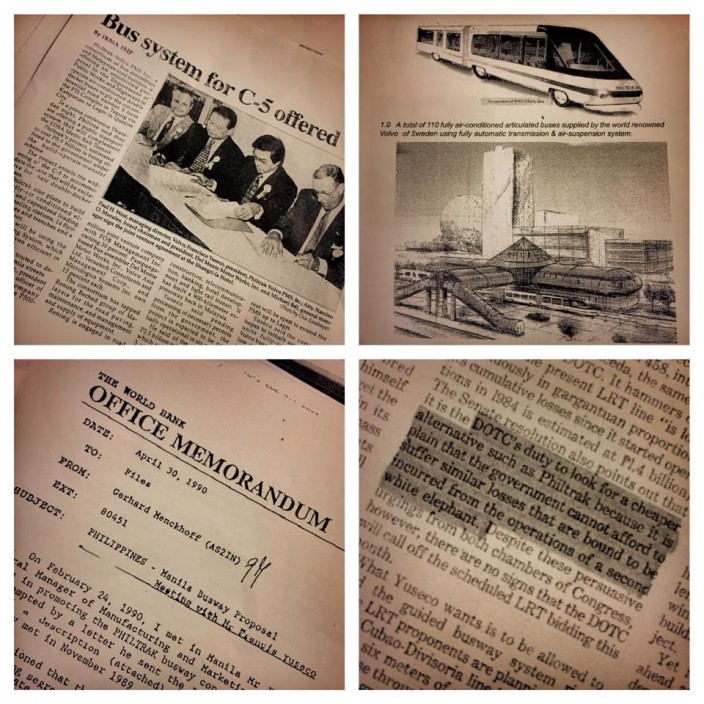 These studies may of course be outdated, but model cities like Curitiba, Bogota, Brisbane, Xiamen and 186 other cities still all swear by the system, hailing it as the most efficient, inexpensive and flexible solution for any urbanised area. These are all tried and proven test cases, but 25 years on Manila is still studying it; probably in the hope that if we dig deep enough, we’ll be the first city in the world to find something wrong with it.