Over the last couple of years, I’ve been riding my bicycle more and more to work. Sure I smell a little ripe when I arrive, but by my calculations, I’m up around 220 pesos a day just in fuel and parking––which buys a lot of deodorant and cologne.

And, as I live exactly 10 kilometers from the heart of Makati and central BGC, on any given day, no matter how bad the traffic is, the commute never takes any longer than 30 minutes. In fact, most days I get home a lot faster on a bicycle than had I driven.

But even more important than all the fuel and time savings I’ve made, I've also shed off 30 unwanted pounds and managed to keep it off. It’s a lifestyle that has seen my sugar levels stabilize, cholesterol and blood pressure normalize, allowing  me to tackle things I  never once thought possible. Like an extra cup of rice every time my wife busts out a killer adobo.

But as much as I would love to recommend this to everyone, sadly, until the government can come up with some decent infrastructure and policies, and the public  (as well as commercial establishments) could undergo a complete CTRL+ALT+DEL in their attitude towards bikers, I’m having trouble whole-heartedly encouraging anyone else to join me.

Its such a shame, really, because the solution to our traffic problem relies heavily on alternative transport. You hear about the cost of building skyways, flyovers, mass rail transit systems, extra lanes––all of which contribute to pollution––when the most basic tried and proven zero emission solution sits right underneath our noses. Or in this case, asses. Yet not just is there no attempt to encourage the use of bicycles, there seems to even be a disturbing prejudice against the bike commuting community. 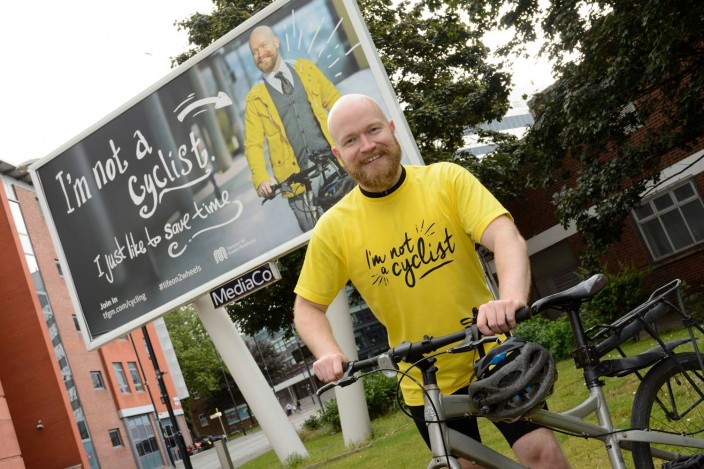 There's an active campaign in Manchester, UK, which suffers from worse weather than we do, encouraging non cyclists to get into the biking community to save time. We could start our own with adding a ph to the hashtag

Aside from the fact that there are no bike lanes, or none that are properly enforced anyway, it's the general disregard that motorists have for cyclists that is the biggest deterrent. I’m not saying that this is a one way street (I have seen inconsiderate riders out there as well) but when a motorist gets cocky, it can very often be fatal to a rider, whereas it is rarely, if at all, any threat to a motorist when its the other way around.

I’ve lost count of the amount of times that cars will overtake you just to slam on their brakes to turn in front of you. Or those that pull out of a side street, check both sides for cars, yet look straight through you like you’re invisible and drive right into your path.

The lack of concern is actually shocking. Most times, the aggression seems to have graduated from a resentment that stems solely from you not having to suffer the same congestion that they do.

The sad reality here is , if these ignorant road bullies succeed, they would have only driven the cyclist to either hop into a car, motorcycle, bus or jeep and take up an even bigger footprint––both environmentally and physically. 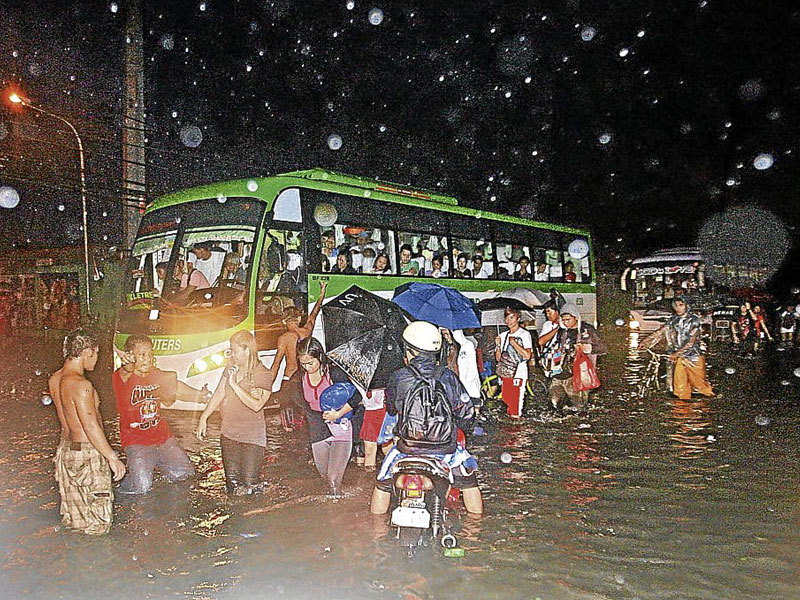 Check out the dude on the far right walking his bike. At least he's guaranteed a way home. Unlike these poor commuters who have been turned away.

I’m not trying to cause an even bigger rift between motorists and cyclists here; to the contrary, I write this with the sincerest hope that we could respect and appreciate each other. As I am both a die-hard motorist and an avid cyclist, I know that it can be done. But certain laws need to be made clear first.

Firstly, a bicycle is a legal form of transport. Meaning that once it is ridden on public roads––except freeways––it is subject to the same road rules. We cannot run red lights, stop signs and the like. We cannot ride counterflow to the traffic or make illegal turns. In return, we must be given the same respect as every road user.

Being a non motorized vehicle, however, we have the unique privilege of riding on paths and sidewalks. This is a universal rule around the world. But by doing so, we must give priority to pedestrians. So there is a hierarchy. 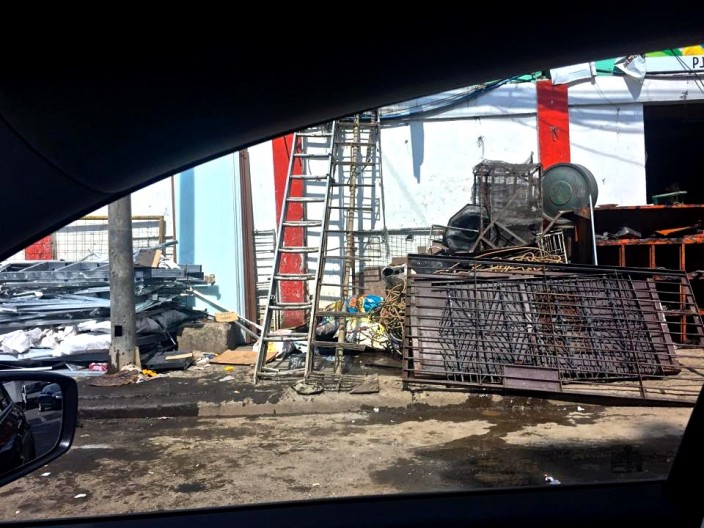 AN ALL TOO COMMON SIGHT: One of the first things that needs to be done is to clear the sidewalks to make room for pedestrians, so they are not forced to walk on the road, which in turn could make room for a bike lane.

But sadly, the ones who understand the rules the least are usually the ones tasked to enforce it. Take yesterday (Monday Sep 14) as an example. I posted a story on my Facebook page about me being forced to leave a restaurant because I wasn’t allowed to chain my bike to a lamppost outside it. I didn’t shame the place anymore because it is just one of thousands that discriminate against bikers (and I’d rather use my voice to praise the responsible establishments) but this elicited about 200 replies from people who all shared horror stories of being forced off their bikes, refused entry to buildings, refused parking to being refused service in a drive thru, which shows that we do indeed have a problem here. 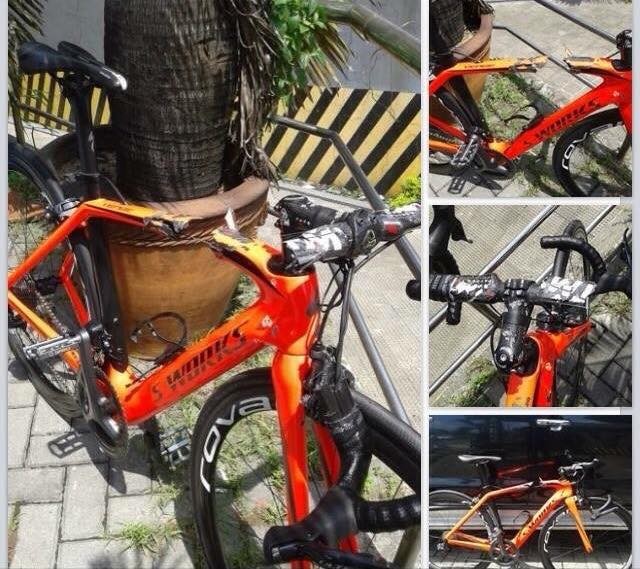 Sure they tell you to chain it to a tree or somewhere else aside from their commercial establishment, but the reality is this. Bikes should be offered the same parking privileges as cars. Scratch that. Better parking privileges to encourage their use.

There are even some villages that will not even let you in; or in the case where you are doing work within the village, force you to park your bike by the guard house and walk or wait for a smelly jeep to take you around the village. They may argue it is common property, but does that grant them immunity from common sense?

It is sad to know that despite the fact that the bicycle is older than the car, there is still this sense that we are second class road users. The only way that can change is by being clear about the rules and offering incentives to encourage people to use their bikes or their feet for short distances.

Just remember that one more cyclist on the road means one less vehicle. Sure you can argue that if that person catches the bus then the theory is flawed. Until you take into account that the average commuter tends to catch two or three different public utility vehicles to get to work. Each way. No matter which way you cut, slice or dice it, as far as congestion and pollution is concerned, there will never be a more convincing argument to support taking a car over a bike.

So the next time you see a cyclist on the road, try and not look at them as a problem but as the closest thing to a solution to your traffic woes.

If you would like to see a more bike friendly city, help spread the word by sharing your stories and pictures of your commute by using the hashtag #LifeOn2WheelsPh 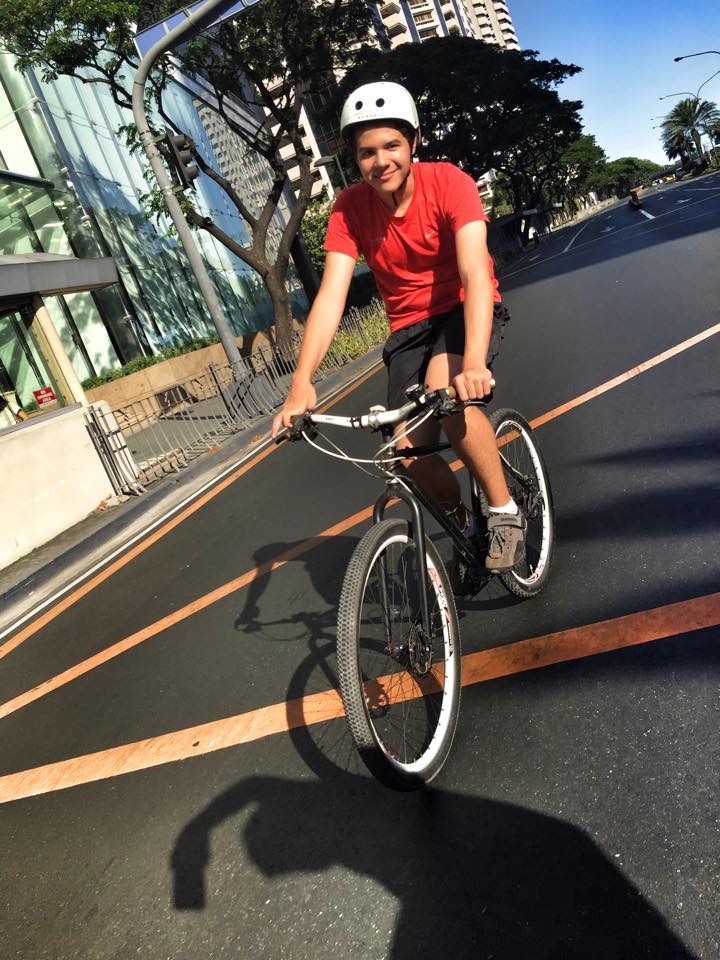 Ayala Avenue on Good Friday. Now if more and more cities could only promote biking, everyday could be good. 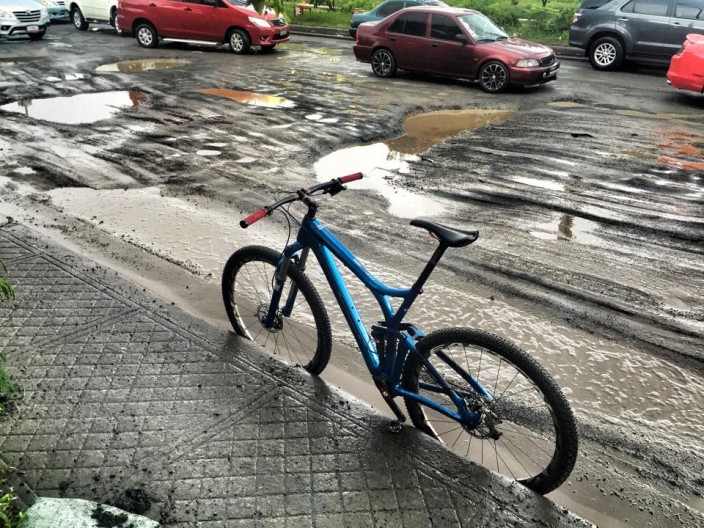 Haven't been able to indulge in my mountain biking passion for a while now because of time. Thankfully a really nice trail opened up near my home. We call it Macapagal Trail