As I touched down in Frankfurt airport, right at the height of the INC-inspired shut down of Metro Manila last weekend, I powered up my phone, connected to the complimentary airport wi-fi while waiting for the baggage carousel to fire up and scrolled through one witty post after another.

“The Philippines has gone from a tropical country to a traffical country” said one.

While on the way to the airport worried we'll miss our flight.
Friend: Have a little faith.
Me: Faith is what caused this in the first place.

“Is this still about the Chris Brown concert?”

This, on the heels of the “Traffic is not fatal” or “It’s a sign of prosperity” statements from two of our leaders who were tasked to fix it.

Now normally, this is the kind of attitude I would brag about to my foreign colleagues; in fact, I used to take great pride in using situations just like these as an example of our incredible resilience as a people, and how we’re able to find humor in even the most trying of situations. “Humor is one of our coping mechanisms; it is what keeps us sane and looking young” I would say with a smile.

But the joke is now on us. Actually, it has been for quite some time now. And sadly, our neighbours no longer laugh with us, but at us.

Yes we get frustrated. Yes we also have our rabid rants on social media about traffic––heck, there are even a number of very active social media pages that do pretty much nothing but that. But that’s it. It stops there. And in the end, no matter how many likes and shares it gets, after all is said and done, an awful lot is said and nothing is actually done.

And the cycle continues.

The way I see it, the biggest problem here is that the traffic issue is not taken any where near seriously enough. Because after all the rants, jokes and political grandstanding, when it comes down to it, enforcement and management is always outsourced to the lowest income brackets. And that, in itself, tells you all you need to know.

If we really are serious about change, I mean, really, truly, deadly serious about change, the first thing that needs to happen is to accept that we’re dealing with a pandemic that we’ve lost complete control of (one that is costing us almost 2.5 billion pesos a day in productivity alone) and declare a state of emergency in Metro Manila. It is the only way; there’s anarchy out there that is way beyond the pay grade of the MMDA or any local government enforcer.

Once it is under a state of emergency, deploy the military. Seriously. These men and women should be tasked to clear the roadways of any obstructions like illegally parked cars, illegal vendors, roadside businesses that encroach onto the sidewalks, pedicabs, tricycles, impromptu basketball courts, roadside wakes, and enforce traffic rules with full military powers. And I mean FULL military powers. No exceptions. 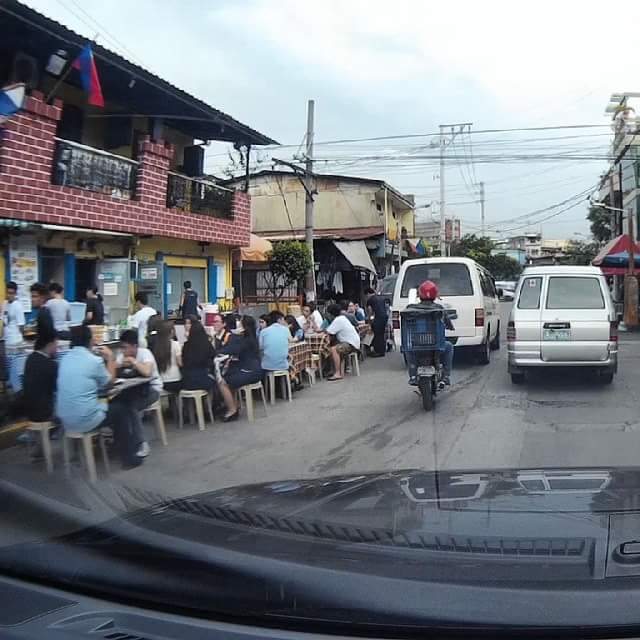 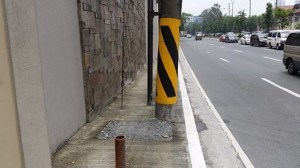 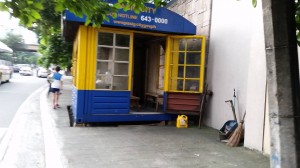 With discipline and obstructions being managed, it’s now time to work on reduction. Decentralisation is still the solution, of course, but if you want a faster way, just impose mandatory license testing for renewals of all drivers licenses. I’m willing to bet a month’s salary that if done properly, you will remove more drivers off the road than the ridiculous odd even scheme that is being floated around.

Speaking of which, instead of suggesting that we can only use our cars half the week, you can limit the amount of vehicles by setting a maximum age of 10 years. Anything older can be driven in the provinces but will not be allowed in Metro Manila, except perhaps on Sundays to accommodate the well-maintained classic car collectors. Sorry. I know that this will get a lot of flak but it needs to be done because we just have too many vehicles. Period. Some will scream anti-poor, but the alternative is to regulate the sales of new vehicles, which is anti-progress.

Now the buses. If there’s no political will to remove them from private companies and not have them state run, then create two dedicated bus lanes on the inner most lanes alongside the MRT with elevated platforms. This way, passengers can only alight at the dedicated stops, which will be accessible by pedestrian footbridges. There will be a few points of conflict, like when the Buendia flyover joins EDSA or at the Ortigas flyover, but tunnels can be built so that the buses remain on the inner lanes for the entire stretch of EDSA. 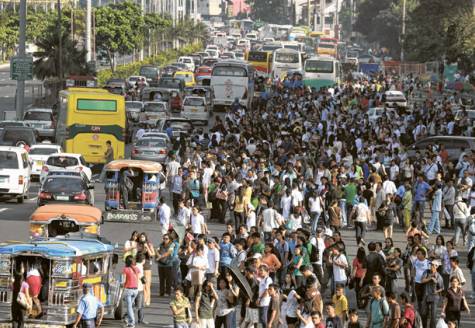 Now imagine the buses segregated to the inner lanes with bus stops only accessible by foot bridges. Photo from the Canadian Inquirer

Jeepneys also need to be overhauled and replaced with electric versions that could be brought in or manufactured tax-free under the Alternative Fuels Incentives Act, but while that is happening, have our military strictly enforce their terminals, loading and unloading areas, and general driving discipline. That is assuming any of the drivers survived the license renewal test, of course. 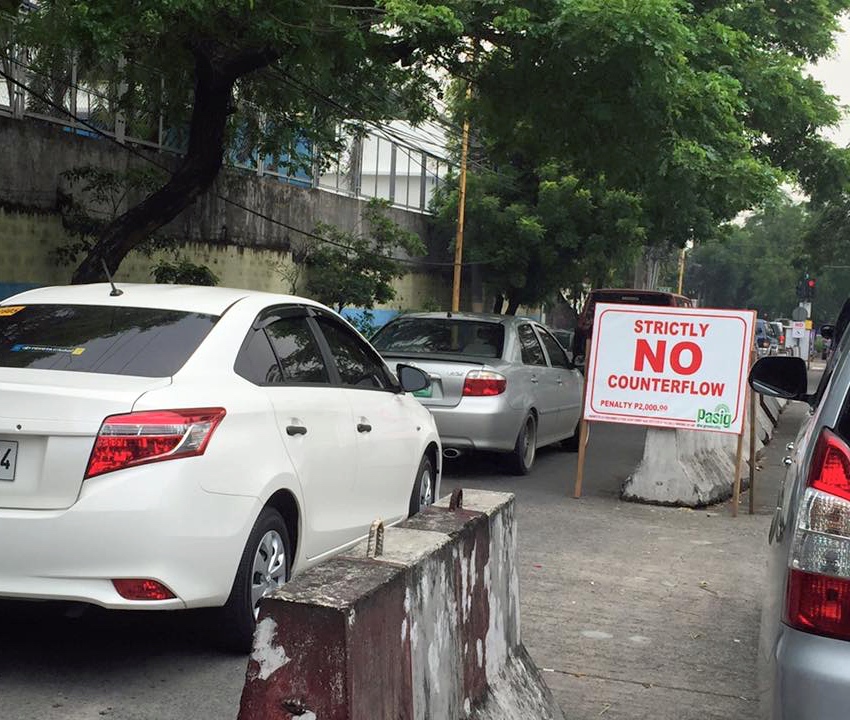 How many would have passed the renewal of driver's license if they cannot read a simple sign. While we're on it, how many enforcers would keep their job if they cannot enforce a simple rule?

And finally, assuming that the MRT, LRT and PNR are running at full capacity and sidewalks are now being used for pedestrians, it’s time to develop major incentives for ride sharing and car-pooling. Instead of going after GrabCar and Uber, I say we encourage their use over private vehicles by incentivising their services, like subsidising fuel, removing licensing and franchising fees, and passing those savings on to the commuter.

If we can make it more cost effective for people to choose a ride sharing option than take their own car in, every Uber or GrabCar can theoretically remove an extra 15-20 cars from the road. Especially when they introduce the car-pooling option on the app that allows you to literally share your shared ride. Now try and imagine any coding system that could compete with that.

The bottom line here is, before building more roads, we need to radically rethink our entire approach to transportation in cities like Metro Manila. Gone are the days where we can take our private cars everywhere and be dropped off at our door. A proper mass transit is a given, of course, but while that is 15-20 years away from happening, let’s start with these measures. Because more than anything, it’s a mindset we need to create.

You see, as passionate as I am about motoring, and as much as there will always be a place for it, in any highly urbanised setting like Metro Manila, we need to start outsourcing or at least economising our personal transportation requirements, much in the same way as we did when we moved from houses to condos. It is simply taking advantage of a shared economy, which in turn, maximises not only the costs, but more importantly, space. Which like time, is our most precious commodity left. Too precious to be spent in traffic.